Deontay Wilder says his mindset is to ‘disfigure’ and ‘decapitate’ Tyson Fury when the pair meet for a third time in Las Vegas on Saturday July 24.

Fury vs Wilder 3 will happen after all following an arbitration ruling which ordered ‘The Gypsy King’ to meet ‘The Bronze Bomber’ again – and not Anthony Joshua in their eagerly-awaited unification fight.

Deontay told 78SPORTSTV: “My mindset is just so different, even right now. My mentality is how you been contemplating about hurting that person so bad like to the point you wanna disfigure him where his mother wouldn’t even know who he was when she pass by him.

“When you been having your mindset on this,  one person, how you wanna decapitate him in every f***ing way possible, it’s like that premeditated stuff. 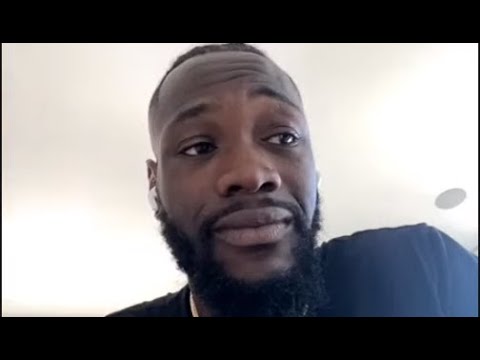 “When I do see him, I’m gonna love to see what I feel, what I’m thinking, how my senses change when he’s in my environment. I’ve been premeditating on whupping this man.

Fury was avoiding me – Wilder

While Fury had clearly “moved on” to a fight with Joshua, Wilder says ‘The Gypsy King’ was avoiding him, and selling fight fans short in the process.

“I look at it as a coward way of trying to avoid me, for what reason,” he said.

“Everybody’s worried about money this, money that. But if you know how to manage your money outside of your occupation, it will come and go regardless. But money is not everything, it don’t have to be the be all and end all of everything we have to do.

While the Fury camp always believed the arbitration issue would not affect Fury vs Joshua, Wilder was always supremely confident he had proof and fact on his side, and would prevail.

“We was very confident. We had all the facts, the proof along with it. Being able to testify about the situation made it that much more better as well. The truth is the truth and they always say truth will set you free.

“Anybody could understand the situation. We was contractually obligated to have a fight, period. He signed black to white paper. He contracted himself and you know, he gave us his word.

“When you do that, and we have the proof of that, you have to abide by the contract no matter what going on or what you trying to make happen.

“You gotta handle business, and you can’t close the chapter without going to Deontay Wilder.”