‘We got dynamite and nukes’ – Wilder packs on muscle

Deontay Wilder always did have devastating power, he has 41 career knockouts after all, but he is looking to unleash even more fury when he faces Tyson Fury on Saturday night.

‘The Bronze Bomber’ knows his best chance of victory at T-Mobile Arena comes from detonating one huge shot on Fury’s chin. He did it twice in their first meeting in December 2018, but Fury got up to hear the final bell.

This time Wilder (42-1-1) is coming off a first professional defeat – a brutal seven-round beating at the hands of ‘The Gypsy King’ in their Vegas rematch in February 2020. And he is packing on even more beef to add to his powerful weaponry.

Wilder out to settle beef…with beef

The latest episode of ‘Inside Tyson Fury vs Deontay Wilder III’ aired this week, and it shows Wilder in the gym preparing for the trilogy match, and pumping iron in a bid to reach fight night with nuclear power in his fists.

He said: “This time around, I can pack little bit of muscle on top of the power, with the speed, We got dynamite all day long.  We got nukes as well. Ain’t nothing wrong with a little TNT on the side.” 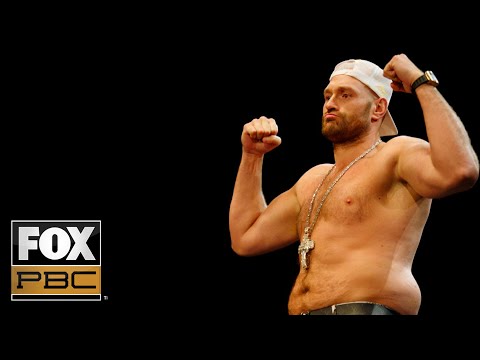 Fury though is predictably unimpressed by the hyperbole coming from the Wilder camp, and he has some words of his own.

Fury vs Fury, not Wilder

He revealed: “I’m not motivated by achieving stuff in boxing because I’ve already completed the game. Do you know that I’ve completed every belt in boxing – there’s no more that I can win, at all, impossibility.

“So I’m now pushing for different goals within my own self, challenging myself to see how far I can push myself as an individual on a daily basis.

“The opponent doesn’t bring any challenges any more – it’s all about me.”