Deontay Wilder has made a major change ahead of his planned trilogy fight with Tyson Fury by parting ways with long-time co-trainer Mark Breland.

Former Olympic gold medallist Breland had been in Wilder’s corner for the entirety of his 12-year career, but not any more after ‘The Bronze Bomber’ suffered that devastating first professional defeat in the rematch against Fury in Las Vegas in February.

Throwing in the towel

Wilder (now 42-1-1) was battered to defeat inside seven one-sided rounds at the MGM Grand Garden Arena, with the bout ending when Breland threw in the towel.

The co-trainer came in for criticism from both Wilder and fellow co-trainer Jay Deas for that action, and the rumours of a split have now been confirmed. 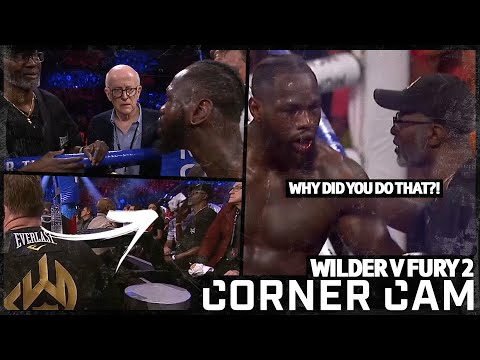 Wilder’s co-manager Shelly Finkel told BoxingScene: “That was the decision that was made. After his next fight it will be determined if the right decision was made or not.”

The next fight Finkel referred to is of course expected to be a third meeting with Fury, and Deas will remain in the corner to prepare the American superstar.

At this stage there is still no firm date for the trilogy meeting, with Fury’s co-promoter Bob Arum admitting earlier this week that the planned December 19 date is now off due to heavy competition for TV eyeballs with a stacked American football schedule that day.

Fury is desperate to fight this year and has even said if the Wilder bout can’t take place before the end of 2020, he’d like to do a homecoming bout in the UK.

Arum and fellow Fury co-promoter Bob Arum have both said it would be difficult to do Fury vs Wilder 3 without a crowd, and therein lies the major problem. COVID-19 has until now made it impossible to put the fight on in Las Vegas.

Allegiant Stadium, the brand-new home of the Las Vegas Raiders, appears to be favourite with Arum hoping 10-15,000 fans will be allowed inside a facility that seats up to 65,000.