Dillian Whyte believes he has learned from the “mistake” which cost him dear against Alexander Povetkin in August.

‘The Body Snatcher’ was on the brink of a WBC world heavyweight title shot when he faced the Russian at Matchroom Fight Camp.

All appeared to be going well when Dillian decked Povetkin twice in round four. But a round later he was knocked cold by a sensational left uppercut from his veteran opponent.

Whyte (27-2) is now in camp for the rematch on Saturday November 21. And he is in confident mood as he reflects on what went wrong back on August 22.

“I’m good, just as motivated as ever. I started this camp in a good place, I feel good,” he told Sky Sports.

“I don’t feel any different. I’m not going into this fight thinking ‘oh well I lost’.

“I’m going into this fight thinking ‘I know I can beat this guy 100 percent’. 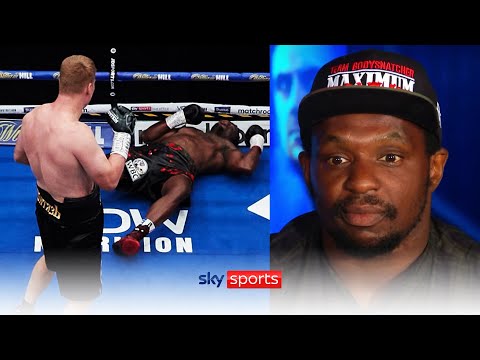 “I just made a mistake, he landed a good punch, set up the punch and landed the punch. That’s heavyweight boxing.

Whyte had Xavier Miller heading up his corner against Povetkin following the split with Mark Tibbs. But he doesn’t believe there was anything wrong with his preparation or tactics.

He explained: “I don’t think there was anything wrong the first time. Just one of those things where I was dominating the fight and I got caught. Remember people forget I had seven amateur fights. This guy had hundreds of amateur fights. Olympic champion, European champion, world champion.

“I’m still learning – he’s seen about 50 opponents the same style as me that come forward and do whatever I have. I’m still learning the job, still figuring out different styles. It’s just another learning experience, that’s all it is. And I learned from it immediately.”

Povetkin vs Whyte 2 will be a pay-per-view fight on Sky Sports Box Office in the UK, and will be aired by DAZN in the United States.

A win for Whyte would see him regain the position as mandatory challenger to the WBC belt. But it would not guarantee him an automatic shot at the title currently held by Tyson Fury.