Wilder is not a big draw – Dillian Whyte hits out

Dillian Whyte claims Deontay Wilder is “not a big draw at all” after the American expressed a desire to fight him this week.

Whyte (27-2) had been the one chasing ‘The Bronze Bomber’ for a number of years, but now the tables have apparently turned.

Wilder is now on the lookout for a next opponent after the collapse of his planned trilogy match with Tyson Fury.

Whyte though says he has bigger fish to fry, namely a rematch with WBC mandatory challenger Alexander Povetkin. That fight has been rescheduled for January 30 after the Russian tested positive for COVID-19.

He also says Wilder (42-1-1) is not a huge attraction, pouring scorn on the Alabama man’s pulling power.

Wilder could not sell out venues – Whyte

‘The Body Snatcher’ told Sky Sports: “Tyson Fury is not fighting him, so who else can he make any money from? Deontay Wilder is not a big draw at all.

“Even when he was heavyweight champion, he could not sell out venues, and I think he’s only ever had a couple of fights on pay-per-view. All he does is run around and talk s***. 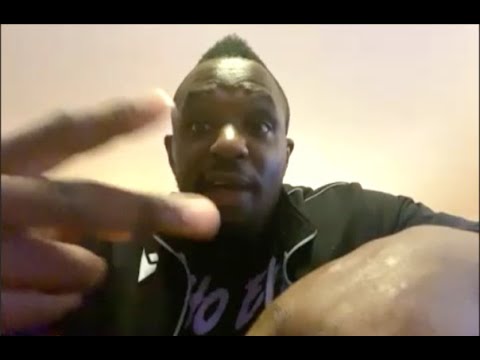 “He’s a coward. Now he’s got nothing at all to lose, basically. He ignored his duties as the WBC world heavyweight champion. It’s shocking he was allowed to do it as well. Absolutely shocking.”

“Yeah of course it can happen next year, but I beat Povetkin and I’ll be chasing a world title,” said Whyte.

Whyte wants to beat up Wilder

Whyte re-iterated the frustration he felt when Wilder wouldn’t fight him, and clearly it has built up significant animosity inside the London man.

“When I was the challenger, I went through hell trying to get him [Wilder] to man up to fight me, and he wouldn’t fight me, so I’m going to chase the world title.

“It’s a good fight, a fight that I’m interested in, but he needs to dance to my tune. I want to beat the guy up, to be honest with you. Personally, I don’t like him. I think he’s a bad ambassador for the sport.

“I’m sure the British people and the American fans would love to see me knock him out. It’s going to be war. I’m just there to knock him out.