Dillian Whyte has broken his silence at last, and says he has a lot of pain and frustration to take out on Tyson Fury when they meet inside the ring at Wembley Stadium on April 23.

‘The Body Snatcher’ gets that long-awaited world heavyweight title shot when he bids to dethrone WBC, Ring magazine and lineal king Fury in front of a record crowd of 94,000 at Wembley Stadium (live on BT Sport Box Office in the UK and ESPN in the United States).

Whyte breaks his silence at last

Whyte, who refused to attend the press conference to officially announce the bout, explained why he made that decision. He also claimed that the fight sold out Wembley in record time because of Fury AND him, not just ‘The Gypsy King’.

“This is a business, it’s not the Tyson Fury show. This show sold out because me and Tyson Fury. He fought Wilder and none of those fights ever sold out. It’s the Tyson Fury and Dillian Whyte show. We are both in the fight so some things need to be done correctly. 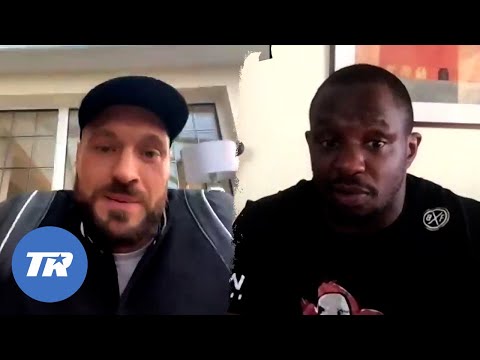 “Once things got corrected, I’m a professional so here I am. I’m in good shape and I’m ready to go.”

Whyte’s troubled upbringing has been well documented, and the man from Brixton (28-2) says anything people say about him any more is irrelevant.

“I’ve been counted out my whole life so this is nothing new to me. So to me, some guy on the internet or some journalist talking smack about me, means nothing to me. You all know my life story.

“For someone like me who came from nothing, I didn’t even do sports at school, to be heavyweight champion of the world, that’s true inspiration.”

Whyte and Fury’s past

There has been much talk and rumour about the times Fury and Whyte sparred when they were younger – and Whyte himself recounted the months they spent together as he helped sharpen the Morecambe man’s fighting craft.

“I got called in by his Uncle Peter, who is a very intelligent man, and he knew he needed strong guys to bring him up to a certain level. I was with them for months, living on a gypsy camp site in Warrington, and training with him.”

On Saturday week though that past will be forgotten when Whyte finally gets that world title shot he has craved for so long. He is out to take out that frustration on Fury.

“I know what I am and I know where I’ve been. I’ve got a lot of pain and frustration to take out on someone and it looks like it’s going to be Tyson Fury.”