Eddie Hearn admits that rock-bottom DAZN UK subscription price of £1.99 per month will rise soon enough – but not yet, and not by as much as people think.

Hearn confirmed on Thursday that Matchroom Boxing is going all in with the streaming platform with a new five-year global partnership which now includes the UK (apart from Anthony Joshua fights for now).

It’s a deal he has described as “game-changing” due to the sheer size of investment DAZN is making into the sport. One which made him take the difficult decision to end his long and successful boxing partnership with Sky Sports.

When DAZN launched in the UK last December, it won praise from many fight fans due to that low monthly cost, and it remains at just £1.99 per month despite the likes of P4P king ‘Canelo’ Alvarez fighting on the platform.

Hearn says that price will remain at least for Matchroom Fight Camp which will take place on July 31, August 7 and August 14. He admits it will rise eventually – but believes the public will remain very happy when they see the future price point. 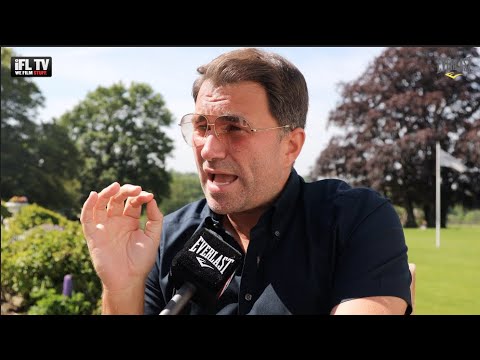 When asked if £1.99 per month would remain, he told IFL TV: “It will do in the short term, because it’s been a tremendous way to build subscribers and showcase the platform. So what I can tell you is, yeah of course, once we’re putting the schedule together that we will be putting together, it won’t stay at that price point for that period.

“But by the way, I know the price point it will be and you’ll be extremely happy with that. But in the short term from now it will stay at £1.99. And the great news is, for Fight Camp it will also stay at £1.99.

“Moving forward once that main schedule kicks in after Fight Camp, I’m sure they’ll make relevant announcements. But I promise you, you’ll be more than happy with the price point.”