Hearn updates on Fury vs Joshua: ‘The fight’s on’

Eddie Hearn says he is certain the massive Fury vs Joshua world heavyweight title unification match will take place in 2021, stating: “It’s on, the fight’s on”.

The Matchroom Boxing supremo, who promotes Joshua, says assuming both men win their planned engagements later this year he has absolutely no doubt that the biggest fight in British boxing history will happen.

Joshua (23-1) will defend his IBF, WBA and WBO world titles against Bulgarian Kubrat Pulev (28-1) at London’s O2 Arena on Saturday December 12, while a week later – likely in Las Vegas – Fury is slated to have his trilogy fight with Deontay Wilder.

Hearn is confident all parties are on the same page, and is hopeful Fury vs Wilder 3 can take place before the end of this year so Fury vs Joshua can follow in the spring of 2021.

He told IFL TV: (Bob) Arum was talking about February or March but now he’s changed his tune saying December 19, so I hope that fight happens this year. I’ve been – not negotiating with Bob – but over the last couple of weeks me and Bob have been talking about Fury against Joshua, and I think we’re ready to go to contracts on that now and make it official, I really do.

“But it’s very uncertain until we know what Fury’s doing in December, January or February. Hopefully he can fight in December, hopefully they both win and we can make the fight for the spring. We can sign a contract now – subject to them both winning, it’s no problem. Talking to Bob, I think everyone’s on the same page.

“I’m certain this fight takes place I really am, if they can both win. I’m certain. It’s on, the fight’s on. We’ve put it writing with them – ‘we confirm this deal, we’re ready to move forward and sign’.” 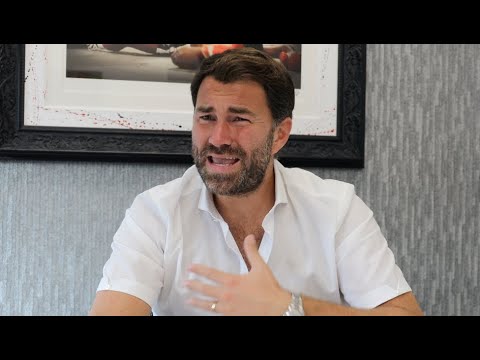 Despite his confidence that Fury vs Joshua will happen in 2021, Hearn yet again speculated about Wilder’s situation. ‘The Bronze Bomber’ (42-1-1) has been almost completely silent since that rematch defeat by Fury (30-0-1) in February, the first loss of his professional career.

“I just don’t understand why it’s gone so quiet,” he said.

“I’ve almost wanted to see Wilder come out and say ‘right, all these people talking s*** about me, thinking I’m not gonna take the rematch. I’m taking the rematch, it’s mine, I’m winning my belt back, let’s go’.

“But I haven’t seen one interview, one article, one statement from him to say that. He hasn’t gotta do that by the way, he can do what he wants, but you know what, do you not think it’s a bit weird? Fury’s goaded him a couple of times hasn’t he – ‘you dosser, where are you hiding?’ – nothing, so I don’t know.”