Positive moves to get Fury vs Wilder 3 on – Warren

Frank Warren says there are “real positive moves” taking place to get Tyson Fury vs Deontay Wilder 3 on before the end of 2020.

The trilogy meeting between the two heavyweight giants was initially scheduled to take place in July but the COVID-19 pandemic scuppered that plan, and now it is hoped that it may finally take place on Saturday December 19.

Bob Arum, who co-promotes Fury along with Warren, remains hopeful that Allegiant Stadium in Las Vegas can stage the bout with a crowd of between 10,000 and 15,000 attending inside a stadium which holds 65,000.

Warren, speaking to Seconds Out, backed up that positive message, saying: “We’re working very hard between all the parties to try and get this sorted. And I’m hoping that something will come through very soon.

“There’s been some real positive moves to get it on and we really are working very hard to get it on this year.”

Fury has constantly stated that he is keen to fight before the end of 2020, and Warren explained: “I think at the moment we’re just trying to see where we’re getting to with his fight against Wilder. Once we know where we are with that, then Tyson can make a decision as to what he wants to do.” 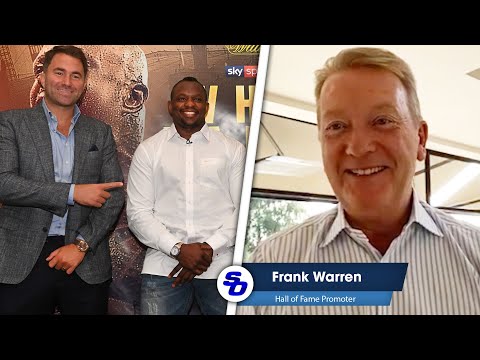 The other big heavyweight news this week was the announcement that Dillian Whyte and Alexander Povetkin will rematch on Saturday November 21 – just three months after ‘The Body Snatcher’ suffered that stunning stoppage at the hands of the Russian at Matchroom Fight Camp.

Warren re-iterated his belief that the rematch is too soon for Whyte after such a heavy defeat, claiming: “If I was managing Dillian Whyte I wouldn’t do that. I would wait, I feel he needs a rest. It’s not Dec Spelman complaining about getting stopped. He (Whyte) was concussed, he was out cold, he was given oxygen.