Tyson Fury WILL fight this year according to promoter Frank Warren, despite fears that his sh0wdown with Deontay Wilder could be delayed further until February 2021.

It had been hoped the trilogy fight between the pair could finally take place in front of a limited crowd of around 20,000 in the brand-new Allegiant Stadium – home of the NFL’s Las Vegas Raiders in Las Vegas – on Saturday December 19.

But the Raiders announced last week that their palatial new facility – which cost around $2billion to build – will be closed to fans for the entirety of the 2020 football season due to the ongoing COVID-19 pandemic.

That left Bob Arum – whose Top Rank promotes Fury (30-0-1) along with Warren’s Queensberry Promotions – to admit that the Wilder fight may have to be delayed until February 2021, potentially at a site outside of the United States. But Warren says there will be no further delays because Fury is not prepared to wait, and wants to fight this year.

Arum has constantly said that Fury vs Wilder 3 cannot take place behind closed doors due to the huge revenue hole the lack of a live gate would present. The rematch between the pair in Las Vegas in February remember brought in almost $17million through the turnstiles – a record for a heavyweight bout. 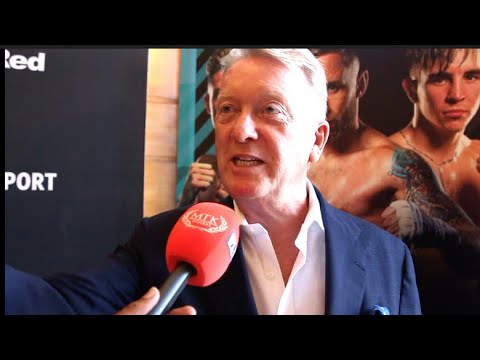 The World Boxing Council (WBC) said last Friday that if Fury is victorious against Wilder he must face its mandatory contender of more than 1000 days next, fellow Briton Dillian Whyte (27-1).

But Warren says that is no given, that only Fury will decide and the fight which the public really wants to see is a huge showdown with Anthony Joshua.

“They (the WBC) would like him to face him (Whyte). So if Tyson comes through (against Wilder), it’s not gonna be anybody’s choice except Tyson’s, because he’s the guy who matters. He’s the number one heavyweight on this planet. Neutrals all agree to that, certainly Ring magazine make him that  I do. So at the end of the day that will be his choice.

Fury vs Wilder 3 had been initially scheduled for July and then October but a mix of injury for Wilder (42-1-1) – who had bicep surgery after the rematch – and COVID-19 scuppered those potential dates.