Fury the top dog but AJ brings the money – Khan

Amir Khan says Tyson Fury may be the top heavyweight in the world right now, but it’s Anthony Joshua who commands the commercial clout.

Fury put in what was probably a career-best performance to absolutely destroy American Deontay Wilder inside seven rounds in Las Vegas in February. That saw him regain the WBC world heavyweight title from the hitherto unbeaten ‘Bronze Bomber’.

But while Fury, who also holds the Ring magazine belt, is acknowledged as the lineal champion right now, Khan believes it’s Joshua who is the star attraction from a box-office perspective.

He told Sky Sports: “We all know the ‘A-side’ of the heavyweights is AJ. He is the A-side, he is the big name and he brings the money to the table.

“There are so many names out there, I don’t know what route AJ is going to take. Is Fury No 1 in the heavyweights? Definitely. You can’t fault that Fury is No 1. He’s proven that, having drawn against and beaten Wilder; not just beating him but knocking him out.”

The heavyweight division has always been the sport’s marquee attraction, and Khan believes it is in rude health right now.

“You’ve got the heavyweight division at its best right now. It’s the best it’s going to be. In my opinion, it’s the best division out there at this time.

“The heavyweight division is the one everyone is talking about and for the UK to have two massive names and two world champions, it can only lead to one massive fight, if AJ and Fury happens.” 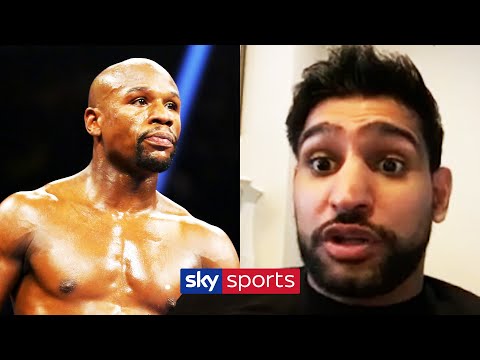 Right now Fury is contracted to meet Wilder for a third time later this year, while Joshua is scheduled to defend his IBF, WBA and WBO titles against Bulgarian mandatory challenger Kubrat Pulev.

In the last few days there has been frenzied speculation that talks are under way aimed at having Pulev and Wilder step aside to allow an all-British unification match to take place later this year.

Khan said: “I think what we are going through at the moment, during this pandemic period, no one knows what is going to happen. But I think on Sky, AJ did say it was going to be now or never to make it happen with Fury and that makes sense. It has to happen now, or maybe it’s never.

“Just like it had to happen when me and Kell Brook were looking to fight. We said ‘now or never’ back then and now it looks like never.”