The clock is ticking: Fury vs Joshua venue deadline

Contracts may be signed, but now the clock is now ticking towards a deadline for all parties to agree a venue for the Tyson Fury vs Anthony Joshua superfight.

The teams have 30 days from last Saturday (when contracts for the fight were signed) to progress to the crucial details around timescales and the host site. So now that is less than four weeks.

This is per ESPN boxing writer Mark Kriegel, who on Monday broke the story that the fight was now, finally, official during an interview with Joshua’s promoter Eddie Hearn.

Kriegel told IFL TV that just getting all parties to sign contracts was a huge step, explaining: “Eddie’s point is well taken. If you have Top Rank, Queensberry, Fury, Joshua, Frank – it’s hard to get everyone to actually agree. It wasn’t until Saturday that the last signing took place. He’s (Eddie) pretty encouraged.”

Fury vs Joshua venue next

The story is far from over though, as Kriegel says the camps now have to agree the date and venue if a fight is to happen this summer.

He added: “I spoke to a Top Rank source, subsequent to Eddie, who said ‘right, ok, now we have 30 days (from Saturday) to get a site’. 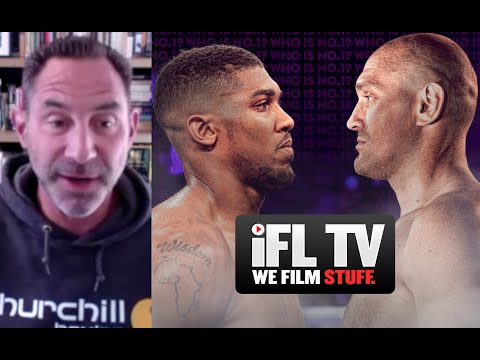 “Eddie’s already gotten great, lucrative bids from the Middle East – now you gotta sell it. He has eight or nine approaches or offers from all over the globes. The States – where I don’t think it’s likely a fight will happen. Asia – maybe Singapore is a player in this.

“I don’t think it happens in the UK or the United States. As it was when it began, the overwhelming likelihood is that it will be in the Middle East.

“The site fees will be big. The players want something more than just attendance – they want essentially good publicity to promote some sort of entertainment infrastructure.

“This is a global event – one of the biggest sporting evnets of the year. He (Eddie) thinks it’s an easy sell, so go ahead Eddie, go.”

The deal Fury and Joshua have signed is for two fights. It is hoped the first will take place in June or July, with an immediate rematch in November or December.

Both men are expected to earn in the region of $100million each for the first fight alone – record paydays for UK fighters.