While there is much talk of a Fury vs Joshua heavyweight unification showdown, Eddie Hearn says it could just as easily be a non-title fight.

Just a month after the announcement that ‘The Gypsy King’ and ‘AJ’ have agreed the financial structure for a two-fight deal, boxing’s sanctioning bodies and complex politics are already threatening to delay or scupper the dream match. A complex route to the all-British megafight is emerging, with the following hurdles along the way:

So even at this early stage, the chances of Fury and Joshua being able to meet next summer, as many thought they would, are receding fast. And the chance of them meeting with all the belts on the line appears to be even slimmer.

Hearn, whose Matchroom promotes both Joshua and Whyte, said this week that not only might this not be a fight to become the undisputed heavyweight king, it may end up being for no titles at all. This despite the fact he says Joshua is “desperate” to become the unified champion.

He told IFL TV: “I just feel these kind of situations that we’ve been in, you’ve got to start looking at the sport and the business and saying ‘do we want to be held to ransom by governing bodies to not make fights?’. The fighters want to be undisputed, the fighters want to be unified champions, but it gets to the point where you think ‘you know what, if you’re not willing to allow the sport to make big fights in this kind of environment, we’re all f***ed’.

“Maybe you lose all belts – you know these gov bodies take percentages of fighters’ purses. And when you add up five – which is the amount of belts that will be on the line for that fight – it ain’t half a lot of money.

“So you may get to a stage where fighters turn round or promoters turn round and say ‘ do you know what, do we need a belt?’. The aim of the game and history that the governing bodies have created means the answer is yes, we do want belts. But we cannot be ruled by a governing body.” 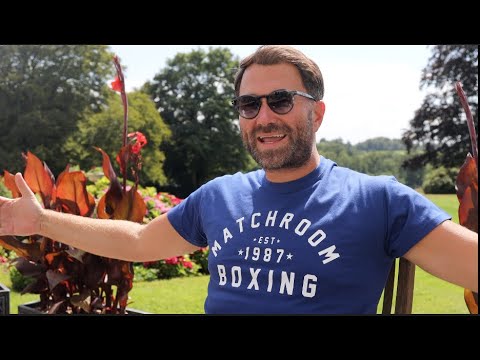 Hearn also emphasised the burden risk of staging huge fights like Fury vs Joshua is always on the promoters and TV companies putting up the money – and never the sanctioning bodies.

“The governing body is not responsible for the financial risk associated with events and shows. You get your percentage, no problem,” he said.

“If you have a bad night, if the pay-per-view don’t go well, if the gate’s not there, they don’t get any less money – so no risk for them. But they need to understand the risks – particularly in this environment and at this time – that we are under as promoters.

“As much as people moan about promoters, they’re the ones putting up the dough right now, so are the TV companies. And the risk is always on the promoter to stage fights and to try and make a profit, sometimes make a loss.”