The Matchroom Boxing supremo revealed one of the worst-kept secrets in sport when he told Sky Sports that the bout will happen in Saudi. The two possible dates are August 7 and 14.

He said: “August the 7th, August the 14th. I think it’s a very bad secret that the fight is happening in Saudi Arabia.”

Despite doubts coming from the Fury camp about the reported $150million (£107million) site fee, Hearn is confident the deal will be done, hopefully this week.

“It’s the same people we did the deal with for Andy Ruiz (the rematch in December 2019), that event was spectacular. As partners they were fantastic as well. 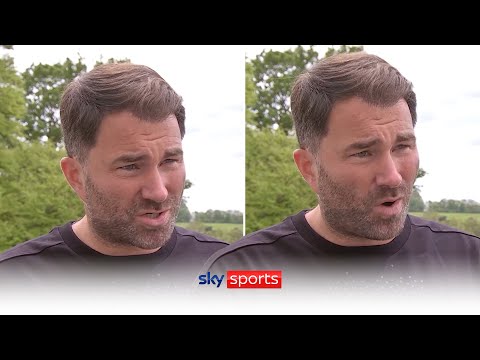 “We’re very comfortable. Anthony’s comfortable, he knows those people. They delivered on every one of their promises last time, we’re ready to go.”

Hearn said August 14 is the likelier date as it means the Olympic Games in Tokyo would be finished. That should also leave GB Amateur Performance director Robert McCracken free to head up Joshua’s corner for the superfight with Fury.

“There’s no reason why it shouldn’t happen this week,” Hearn added. “This is kind of like the moment where you could actually turn around at this point and say, ‘This is dragging on too long, or I can’t be dealing with this anymore.’”

Fury and Joshua signed contracts for a two-fight deal back in March. They had agreed in principle the financial structure as far back as June 10, 2020. They will share revenues 50-50 for the first fight with the winner taking a 60-40 upside for the rematch.

The two men are expected to earn in the region of $100million each for their first fight alone. Sky Sports and BT Sport are expected to share pay-per-view rights in the UK. The city of Jeddah is likely to be the venue for the August showdown.

There will naturally be disappointment that Fury vs Joshua is not taking place in front of 90,000 British fans at Wembley Stadium. And the current travel restrictions around visiting Saudi Arabia add further frustration and complexity.