Tyson Fury has poured cold water on talk of his superfight against Anthony Joshua happening imminently – claiming the biggest fight in British history is “nowhere near at the moment”.

Promoters Eddie Hearn and Bob Arum have both said in recent days that all contractual issues are resolved, and agreements will soon be signed. Late June or July has been mooted as a potential landing spot – likely in the Middle East.

But Fury tempered the enthusiasm surrounding any expected announcement in an interview with IFL TV. He does expect the fight to happen one day, but says it is not “imminent”.

Fury (30-0-1) explained: “Let’s break it down. Eddie Hearn’s a boxing promoter, so is Bob Arum. It’s their job to sell the fight. Joshua’s saying what he’s saying. Whatever they are saying is very unimportant to me.

“Until I’ve got a date, a fight and a helluva load of money in my pocket, there’s no fight. There’s a lot of things going on what people don’t know behind the scenes, that can scupper a fight like that. So nothing’s actually on until you’re in the ring.

“So yeah, we’re nowhere near that at the moment.” 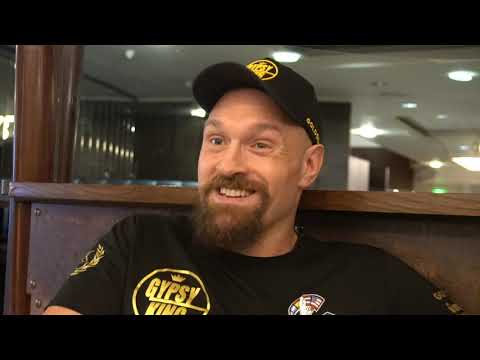 Fury referenced Floyd Mayweather vs Manny Pacquiao as he reviewed the situation. The clamour for their superfight was probably at its peak in 2010 – but they did not meet until 2015. The fight itself disappointed, but it was a massive box-office success.

“Do I think I’m gonna be fighting Joshua in the next 10 minutes? Hell no,” said Fury.

“Do I think the fight will eventually happen sooner or later? Yes, it has to happen. But do I think it’s imminent, right next minute? No.

“We’ve seen Mayweather and Pacquiao, how long did that go on for? When it finally did happen it was the biggest PPV fight in history. Even though it was a wet fish, it still did just under 5million buys, the biggest fight ever in history.

“When it finally does happen (Fury vs Joshua), then I’m sure that we’ll all get to see it. But I’m not gonna hold me breath for it, that’s for sure.

“I’m not putting all me eggs in one basket because I’ve been guilty of doing that before, and then these fights don’t happen, and then I end up in a massive depression and feel like killing myself.”

It is now just over a year since Fury last fought – that dominant rematch victory over Deontay Wilder in Las Vegas. He is clearly frustrated by the situation, and has referenced on multiple occasions recently the dangers of inactivity for a fighter.