The massive Tyson Fury vs Deontay Wilder 3 showdown may not happen before the end of 2020 according to Frank Warren.

Warren admits that unless fellow Fury co-promoter Bob Arum can “pull a rabbit out of a hat” to stage the bout in the United States, the prospects right now look bleak.

Until earlier this week it had been hoped the trilogy meeting for the WBC, Ring magazine and lineal world heavyweight titles would take place in Las Vegas on Saturday December 19.

But Arum revealed that date is now off due to heavy TV competition from a packed American football schedule, and a new one must be found. Allegiant Stadium, the new $2billion home of the NFL’s Las Vegas Raiders, remains the preferred venue.

Warren told BT Sport Boxing: “He (Fury) wants to fight for obvious reasons, he’s been training constantly as a lot of fighters have. It’s not just about the money with him, it’s also the fact he wants to get out there. I think it’s getting to him a bit as it is with a lot of fighters.

“It’s well documented the problems he had prior to coming back, and boxing’s been his saviour and we’ve got to keep focused that he can fight. He wants to fight so if we can’t get the Wilder fight on we’ve got to look at something else and work between everybody concerned to get him out and ensure that he stays focused. 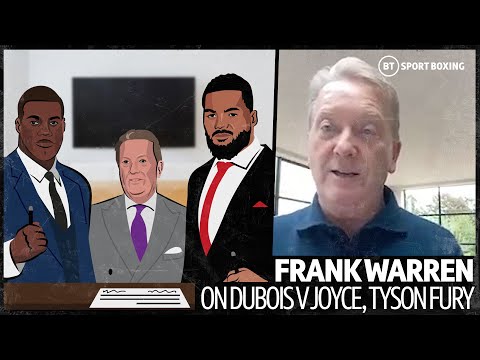 “Because next year, if things go right, if we get these crowds back and so forth, there are some massive fights to be made. We’ve got to get rid of this Wilder fight, it was supposed to take place I think in June or July and unfortunately didn’t. And at the moment it don’t look like it’s gonna happen this year unless Bob Arum pulls a rabbit out of a hat and puts it on in the States.

“But at the moment I think he’ll struggle to do that because they’re in the same boat as us, there’s no crowds.”

Warren and Arum have been consistent in their stance that it would be difficult to do Fury vs Wilder 3 without a live gate, given the rematch in February raked in a heavyweight-record $17million through the turnstiles.

“The last fight got the highest-grossing heavyweight fight ever to take place in Vegas, and that’s a massive amount of money – nearly $20million,” said Warren.

“And that’s not gonna be there so you’ve gotta find it somewhere to make it up so the guys get the purses that they’re looking for.

“So it’s tough but at the end of the day all I care about is Tyson and making sure that his welfare and wellbeing is being catered for. So we’ve got to somehow get him out – I think we’re all gonna have to put our thinking caps on and get our hands in somebody’s pockets and make it happen.”