Arum reveals Asia Plan B option for Fury vs Wilder 3

Tyson Fury vs Deontay Wilder 3 could take place in Asia in the first weekend of February 2021 if COVID-19 scuppers any chance of the fight taking place in Las Vegas.

Saturday December 19 in Las Vegas remains the preferred date for the trilogy fight, but at this stage it appears highly doubtful whether fans will be allowed back into arenas in the United States by then.

And Arum, whose Top Rank co-promotes Fury along with Frank Warren’s Queensberry Promotions, says the fight going into 2021 is now a real possibility with a venue outside the United States a definite Plan B.

He told IFL TV: “It will creep into 2021 (if December 19 doesn’t work). We have a really good opportunity to do it in Asia in the beginning of February. That is the second option at the moment.

“Now if that is not gonna be the case as well, then we all have to sit down and figure it out. But I don’t wanna abandon that fight until the last minute and I’m somewhat optimistic for December 19th and if that doesn’t work out – February 1st or 2nd.”

Arum’s hopes of staging the bout at the brand-new $2billion Allegiant Stadium in Las Vegas appeared to be sunk last week when the Las Vegas Raiders announced that their facility would be closed to fans for the entirety of the 2020 National Football League (NFL) season. But it appears the 88-year-old Hall of Famer is still trying to keep that option alive. 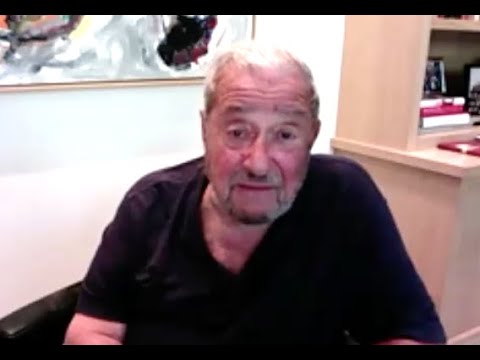 He explained: “We were very confident that on December 19th we would have the availability of this brilliant, beautiful new stadium in Las Vegas where the Las Vegas Raiders football team play. It would be the first non-football event in that stadium. But now we’re not sure whether they’ll allow us even limited numbers of spectators.

“We’re working on it, we’re speaking to the right people – the right authorities here in Nevada – certainly all the team officials at the stadium. Right now we’re set on December 19th. Now whether that is truly able to happen or not, that remains to be seen.

“We’re very powerful people here in the United States, but you know we have never gone up against this coronavirus. You understand, we were hoping for example Lomachenko/Lopez, I put it into October because I thought in my mind, that surely by October they would allow us to do an event for spectators with limited numbers and that isn’t gonna be the case, so now we’re talking about hat fight going into the bubble and doing it without spectators.

“I mean what else are you gonna do? You do the best you can to get the best possible financial results by showing it to fans. But again, that doesn’t appear likely and rather than abandon that fight because of that, we’re gonna find a way to get it done.”

Earlier this week Warren revealed that Fury is set on fighting this year and does not want the showdown with Wilder to be further delayed into 2021. The delays of course push back the opportunity to stage a massive unification showdown with Anthony Joshua.