Tyson Fury vs Deontay Wilder 3 is unlikely to take place before the end of 2020 according to Fury’s co-promoter Frank Warren.

It had been hoped the long-awaited trilogy fight would finally be able to take place on Saturday December 19.

But last week Bob Arum admitted that date would not happen due to a packed US TV schedule that day.

He mooted a potential move to earlier in December, but that also now appears to be unlikely.

Warren told IFL TV: “He (Fury) wants to fight. We’ve been moving heaven and earth to get this Deontay Wilder fight on. It’s looking very unlikely, but he wants to be out this year. We had a discussion again today about it.

“He’s desperate to fight, and we’ve got to try as hard as we can to get him out. And I want him to fight this year, I want it for him, to be out and we’re working hard to make it happen.”

There has been speculation the Wilder bout may now be moved back into 2021, potentially in January. 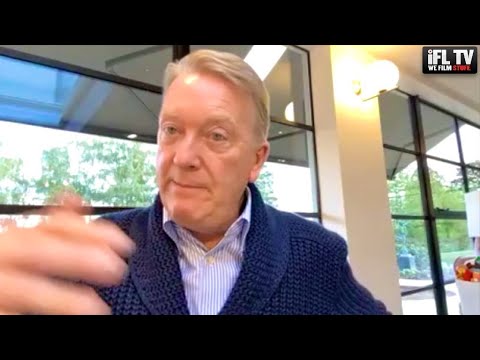 While Team Fury are clearly frustrated that a mix of COVID-19 and the US TV schedule has so far scuppered plans for the Wilder trilogy, Deontay’s team are very much in the same boat.

Warren admitted: “They’re as frustrated as we are, we all want to get the fight on. COVID has basically stopped it, we’ve lost the gate.

“The gate for that fight last February was the highest grossing heavyweight gate in Vegas for a world-title fight (almost $17million). A huge gate, and they’ve lost that income.

“Unless somebody comes in from abroad that wants to host the fight and pay us a big licence fee for it, we’re not gonna get it on this year. That again’s unlikely because of the travel restrictions and the quarantining.

“We’re not in a good position with it. It’s a great shame, the fight should have been on in July. We’d have all loved to have seen that and we’d have been talking about something else now.”