Another venue in the mix for Fury vs Wilder 3 – Warren

Another venue is now in the mix to host Tyson Fury vs Deontay Wilder 3 later this year, according to promoter Frank Warren.

The trilogy fight between ‘The Gypsy King’ (30-0-1) and ‘The Bronze Bomber’ (42-1-1) has been just one of the high-profile boxing casualties of the global COVID-19 pandemic – initially it had been pencilled in for July.

Bob Arum, whose Top Rank co-promotes Fury along with Warren’s Queensberry Promotions, remains hopeful the bout can go ahead on Saturday December 19 at the brand new Allegiant Stadium in Las Vegas.

Warren meanwhile has revealed that there has been interest from another territory and that he is hopeful there will be some news soon.

He told the BT Sport Boxing Show: “At the moment there’s no date or anything set in stone. We’re all working towards getting the fight on, there’s been interest from another territory, and there are discussions going on and hopefully we’ll have some news soon because December 19th in boxing parlance is looming. 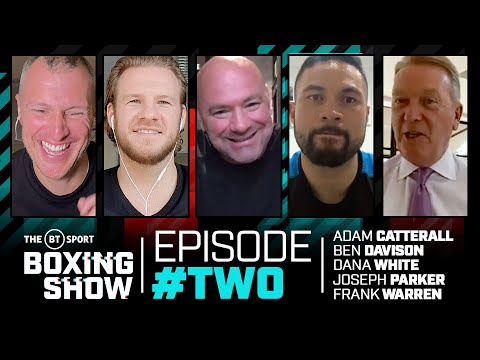 “So we need to get the guys out in training and obviously get things set up.”

When pressed about which territory he was talking about, Warren refused to be drawn, saying: “It’s somewhere in the world”.

In the past Arum has talked about both Asia and Australia as potential landing spots for Fury vs Wilder 3 if the pandemic does not allow the fight to take place in the preferred location of Las Vegas.

The Top Rank supremo has always been clear that the bout could not go ahead without a crowd in attendance due to the revenue implications – the rematch in February at the MGM Grand raked in a record live gate for a heavyweight bout of almost $17million.

Arum’s Allegiant plan would see between 10,000 and 15,000 fans attending in a stadium which can seat up to 65,000. It is the home of the NFL’s Las Vegas Raiders, who have already said it will be closed to fans for the entirety of the 2020 football season.

Fury and Wilder have of course met twice already – the first time a controversial draw at Staples Center in Los Angeles in December 2018. Fury dominated en route to a seventh-round stoppage victory in the Las Vegas rematch in February 2020.