Tyson Fury has delivered an upbeat message about his planned showdown with Deontay Wilder, teasing that “really big news” is about to drop by the end of September.

The trilogy fight between ‘The Gypsy King’ (30-0-1) and ‘The Bronze Bomber’ (42-1-1) has been contracted for months but the COVID-19 pandemic has so far prevented it from happening.

In recent weeks Fury’s co-promoter Bob Arum has stated he is hopeful that the bout will be able to take place on Saturday December 19 at Allegiant Stadium in Las Vegas. The likely scenario there would see between 10-15,000 spectators attending in a stadium which can seat 65,000.

Fury told IFL TV: “Some really big news coming soon, some positive news, which I can’t break just yet. But it’s very positive and we’re all happy and in good spirits about it. We just need a little confirmation from our guys over at MTK Global, over at Queensberry and over at Top Rank. They’re just crossing the Ts and dotting the Is at the moment. And then we’ll have some big fight news coming soon.

“Then when that news has broke, I’m not gonna say how many weeks we’ve got because that would give it away, but we’ve got plenty of time. Then we’re gonna train over here for a bit and then go back to the U.S, the good old home of ‘The Gypsy King’, Las Vegas and pick up fight camp.”

Fury stated that December 19 date is not set in stone yet, repeating: “Not yet, we’re still crossing the Ts and dotting the Is, we should have some more information next week, like announcement, towards the end of September I’d say.” 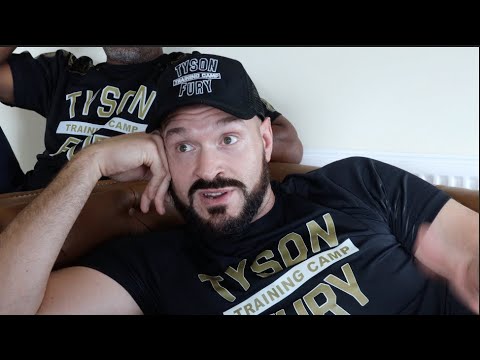 Arum and his fellow Fury co-promoter Frank Warren have both also admitted in recent weeks that the bout may have to be staged outside the United States if Vegas cannot play host, and when asked about that possibility Fury admitted: “A possibility yeah”.

Fury is adamant he wants to fight somebody before the end of 2020, having been out of action since that demolition of Deontay in their rematch in February. He said he expects it to be Wilder, but if not he will find another opponent and move on.

“Hopefully yeah. I wanna fight no matter who it is. I ain’t sharpening this deal for nothing,” he said.

“We’re working on tightening stuff and I want to knock some beeb beeb out cold this time. So whether it’s Wilder or whoever it is – Wilder is the one who’s contracted to fight me so I think it will be Wilder – but if it’s not then we’ll just take whoever, whoever’s there, get a fight in and move on to the next one.”

Fury’s promoters have repeatedly made the point that the Wilder trilogy cannot happen without a crowd due to the revenue hole that would create for the show. The Vegas rematch raked in almost $17million through the turnstiles – a new record for a heavyweight fight.