AJ and Fury on threshold of greatness – Joby Clayton

Joby Clayton believes Anthony Joshua and Tyson Fury stand on the threshold of heavyweight greatness as the pair get ever closer to meeting inside a boxing ring next year.

The clamour for an all-British world heavyweight title showdown is reaching fever pitch and Clayton – who is now a key part of Joshua’s backroom team – cannot wait for potentially the biggest fight in British boxing history.

Joby has been impressed by Fury’s comeback to take a second world heavyweight title for a second time, and believes it can only fuel the desire in AJ, and the anticipation for a meeting between the pair.

“I thought he (Fury) did fantastic. In all honesty I think he has thrown down the gauntlet to greatness between him and AJ for this generation.” Clayton told Boxing Social.

“I felt that he made some amazing adjustments and he is a very good fighter. I think he’s made life really interesting. It can only fuel the preparation of a competitor like AJ now to want to better himself and further himself now. I believe that the winner of that fight becomes mentioned with the greats.

‘That is such a massive motivation and I think that’s such a privileged position for those fighters to be in. How many fighters can say that maybe in the next one or two fights that they could be considered a great? That’s a very special place for these two young men to be in. As a fan, I was very impressed with Fury. As AJ’s boxing coach, I wasn’t very impressed. I joke!” 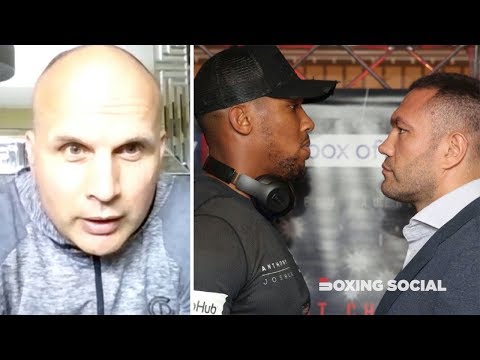 Fury is generally acclaimed as the best all-round boxer in the heavyweight division, and Clayton explained: “Fury has always shown himself to be a very versatile athlete. Sometimes he’s just fought southpaw, the fight he got cut he had to go at mid-range and break the guy down at mid-range – he’s always shown himself to be a fantastically versatile athlete.”

Joshua’s rematch victory over Andy Ruiz Jr in Saudi Arabia last December was achieved with a new-look style as he boxed smartly from the outside to claim a dominant points victory. But we shouldn’t expect to see that sort of gameplan regularly according to Joby.

“It’s in AJ, some people are thinking ‘Oh is this how AJ’s going to box now?’ and I say ‘he can’t box like that, it’s not in him’. He’s such a competitor, he wants to go for the kill all the time. He wants to knock people out and he wants to be entertaining. He can’t help it. Fair play to him for having the discipline in that moment, especially when you bear in mind it was such a short amount of time to adjust.”

Clayton and fellow trainer Angel Fernandez both joined the Joshua camp ahead of the Ruiz Jr rematch, and Joby explained the way the pair work alongside Rob McCracken.

“We (myself and Angel Fernandez) are assistants to Rob, who is the main coach – the main driving force. We are there to complement the work that he does. Sometimes I will just work with AJ on his own, as I am sure Angel does. Sometimes I will work in conjunction with Rob, and sometimes all three of us work together. A lot of people thought it couldn’t work, a lot of people thought ‘how can you have three different people?’ But that’s testimony to AJ’s character.