Joshua or Wilder next for Tyson Fury – Bob Arum

Tyson Fury will fight Anthony Joshua or Deontay Wilder next according to Bob Arum, co-promoter for ‘The Gypsy King’.

Fury had been due to face Wilder in a trilogy fight this year. But he subsequently “moved on” after attempts to get it on before the end of the year. Now though his alternative plan – on December 5, likely against Agit Kabayel – is also off.

Fury and his camp say he will return in 2021, with his other co-promoter Frank Warren saying his next bout will be in the United States in February or March.

The 88-year-old Hall of Famer told IFL TV: “I’ve given everybody the word. Wait for the Pulev/Joshua fight. If Pulev wins, there’s no Joshua because Eddie (Hearn) has a rematch with Pulev. That takes care of next year, or a good part of next year, for Joshua.

“So that leaves Wilder as the best guy. So if Pulev beats Joshua, we’ll talk to Fury about doing the Wilder fight, probably at the end of February. I think by the end of February, hopefully the pandemic will be under control and we’ll at least be able to put the fight in Allegiant Stadium (home of the Las Vegas Raiders). And do it for 15.000 or 20,000 people in a 75,000-seat stadium. 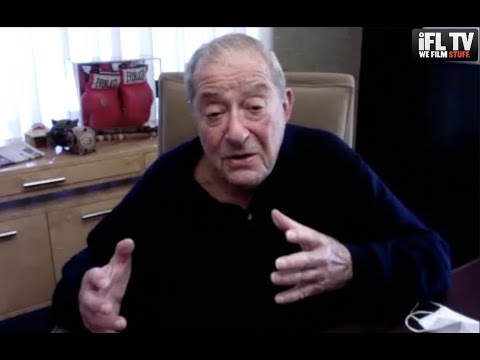 “Lets everybody hold off. It’s all well and good for Fury to say ‘I want to fight Joshua’. Who knows if Joshua is gonna be around after he fights my guy Pulev?”

Arum says he is confident that Fury is no longer contractually obligated to meet Wilder for a third time. But he also says ‘The Bronze Bomber’ also has every right to go through the legal process.

“The Wilder people have the right to go to arbitration. I told everybody to hold off. Let’s not run up legal fees or anything,” said Arum.

“We’re confident in our interpretation of the contract. Because if December 12 comes out the way I think, with Pulev winning, there’s no Joshua fight and then the Wilder trilogy is the best fight available and why go through litigation, let’s just do the fight. That’s my opinion.”

Should Joshua defeat Pulev in December, Arum is equally confident in what will likely be the resulting scenario.

“Then I’m sure Fury will then wanna go right to a Joshua fight and then it’s a rematch with him. So that knocks Wilder out and then the Wilder people will be in arbitration with Fury and ourselves trying to interpret the contract to say that Fury is still obligated to fight Wilder.But I assure you that’s not the case. The contract is clear

“But do they have the right to bring this to arbitration? Yes. The judge in arbitration is known to everybody in boxing – he’s an honest, upstanding guy. And we’re very confident in the result. But it may not be necessary, that’s my point. Because again, if there’s no Joshua, why wouldn’t Fury want to do a third fight with Wilder?”