Eddie Hearn says Anthony Joshua is ready to fight Tyson Fury in December if ‘The Gypsy King’ can get out of the contract for his trilogy fight with Deontay Wilder.

Fury is contracted to meet ‘The Bronze Bomber’ for a third time, with the planned date set for Saturday December 19. But over the weekend the WBC champion challenged Joshua to step up and fight him if Wilder won’t.

Hearn says AJ, who appears set to face Kubrat Pulev on December 12, is more than ready to do the fight before Christmas, but doubts whether Fury can get out of the contract to face Wilder. He also rubbished claims from Fury and his co-promoter Frank Warren that he doesn’t want the fight to happen.

He told IFL TV: “I’m the only one that has put this in writing that the deal is agreed. So I have actually written to their team to say ‘just wanna let you know that we agree to the following deal, which has been agreed’, I didn’t actually get a reply but I believe them because I know they want the fight.

“We’re ready, we’re ready to do that fight, I saw the comments about December. We will fight you in December if the world is ready for that fight and these offers that are coming in are legit for that period in December, then we don’t have a problem going into that fight.” 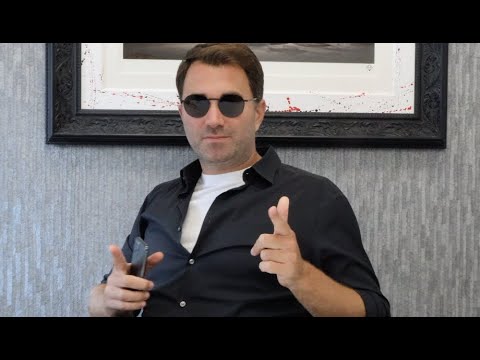 Hearn though says he seriously doubts Fury can free himself up to face Joshua instead of Wilder, explaining: “But he (Fury) is under contract for another fight. We’re not under contract yet but we have to agree terms with Pulev now for this next fight, which we probably will. But we’re probably a lot freer than he is to take that fight in December.

“What’s the point? You’ve been the world heavyweight champion, you’ve lost and now your bum’s gone and you’ve bottled the rematch. And he won’t, he’s got more about him than that, but he is worryingly quiet isn’t he?

“We don’t have a problem going into the fight now. I just don’t believe 1) the world is geared up for that fight. And 2), I don’t believe he (Fury) can get out of the contract he’s in.”