For Anthony Joshua, the stakes have never been higher as he prepares to face Kubrat Pulev in London on Saturday December 12, and promoter Eddie Hearn admits he is nervous.

Joshua’s IBF, WBA and WBO heavyweight titles will all be on the line as he faces the 39-year-old Bulgarian challenger (28-1) at Wembley Arena.

But there is a much bigger prize on offer as well – a potential unification match with British rival Tyson Fury next summer.

Hearn and Joshua (23-1) both know that if AJ prevails, the route to ‘The Gypsy King’ will be much clearer. And the fight the whole of Britain wants to see should at last be within touching distance.

No crowd a question mark for Joshua?

No wonder Hearn then admits to being nervous, particularly as the Pulev clash will take place behind closed doors (live on Sky Sports Box Office in the UK and DAZN in the United States). There will be no massive Wembley crowd to roar on his man. How will he respond? At this stage it remains an unanswered question.

“This is a different kind of challenge, this is the acid test before the big one.

“All he’s got to do is beat Kubrat Pulev and I really believe he’s going to do it in brilliant style and prove to everyone he’s the best heavyweight in the world.”

While Hearn might be nervous, he is buoyed by the fact that Joshua is in spectacular shape for this crucial match.

The promoter said: “I went to see him yesterday, he looked absolutely sensational. He’s moving so well. We know he’s brought in a couple of new trainers with Rob McCracken leading the way. 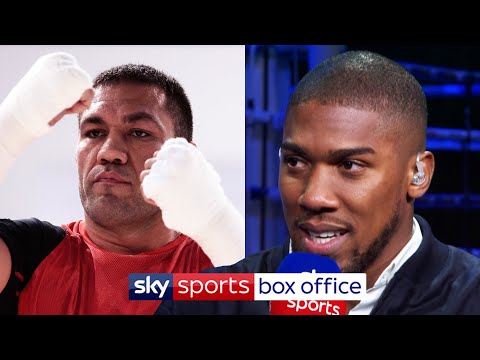 “He’s learning, he’s punching so hard, so sharp, so fast. I think this is going to be a tough fight against Kubrat Pulev. I also think he is going to absolutely destroy him.

“I think he’s going to break him down, he’s going to dissect him, and he’s going to punish him. I think you’re going to see a statement. I don’t want to put too much pressure on him, but I really do. That’s what I think.

“AJ will always be a relaxed, humble guy, but I really believe having seen the improvement that he’s made, the spite in his punches, I think you’re going to get a thrilling display from Anthony Joshua.”

Fury and Joshua of course have already agreed in principle the financial structure for a two-fight deal. The first would see a 50-50 revenue split. The winner would then take a 60-40 share for the rematch.