Joshua vs Pulev preview and prediction

Our man provides an expert preview and prediction for Anthony Joshua vs Kubrat Pulev on Saturday night.

Alas due to the global pandemic there will be no hand touching, but 1000 fans will attend when Anthony Joshua defends his WBA, IBF and WBO titles against mandatory challenger Bulgarian Kubrat Pulev on 12 December at Wembley Arena. 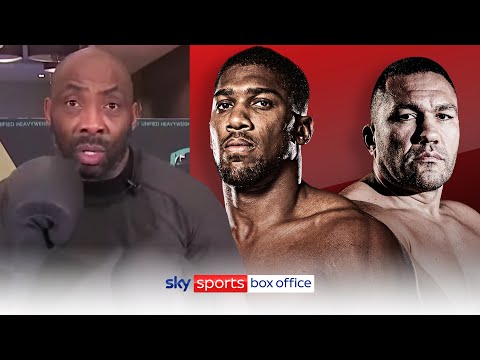 After once packing 90,000 into Wembley Stadium against Wladimir Klitschko, there’s a distinctly modest feel to this show, but with AJ set to finally lock horns with Tyson Fury in 2021 the importance of this contest in terms of the wider heavyweight landscape cannot be overstated.

It will also be good to have some fans back in, as TV boxing during lockdown just hasn’t been the same in terms of noise and reaction to the fistic drama playing out.

Pulev not a complete no-hoper

Pulev has been waiting for a chance to face Joshua for almost three years after a shoulder problem forced him out of their planned world title bout in October 2017. He won’t have got any better during that time, but he is not a complete no-hoper here and gets his chance having paid his dues in the hurt business.

A fighter with a classic upright European style, Pulev is unbeaten in six years. He is a big man with an impressive 28-1 (14) record. His only defeat came against Wladimir Klitschko, a fighter Joshua climbed off the floor to beat in that epic at Wembley back in 2017.

‘The Cobra’ has been talking a good fight, saying he will win the title for Bulgaria and his late father, but at the age of 39 and given his limited firepower at this level, one feels he could be whistling in the dark.

In his last outing just over a year ago, Joshua stuck to a disciplined game plan to win his titles back against Andy Ruiz Jr on points in their rematch in Saudi Arabia.

However, stylistically Pulev is very different to Ruiz Jr, so it’s difficult to see the Londoner adopting a safety-first approach. Ruiz Jr has incredibly fast hands while Pulev is something of a plodder who paws with his jab.

Joshua is a great finisher when he smells blood, and having boxed 103 rounds, his fights have lasted on average 4.3 rounds per fight. Those stats are impressive given he has been mixing in top company for years now.

Promoter Eddie Hearn is in no doubt that his man will pull the trigger and claim a stoppage on Saturday. He said this week: “In Saudi Arabia he followed a game-plan. Things have changed now. He’s got that spite back. You will see him break Pulev down, beat him up then knock him out.”

After the longest layoff of his pro career, there is a danger there could be some ring rust. However don’t sleep on Joshua unleashing that awesome power early on against the faded Bulgarian. He could take a few rounds to get a measure of Pulev with his own jab. But when he realises Pulev does not have the hand speed or power to match him look for Joshua to start pouring it on.

The Englishman admits he has taken “a massive pay cut” to fight Pulev under these circumstances. So his mood could be quite uncivilised come fight night and he will want to make a statement.  The tip then is for Joshua, after a couple of feeling-out rounds, to do the business between rounds 5-8.

If you fancy naming the round then you could do worse than take Sky Bet’s 8/1 that he gets the job done in round 6. Sixteen of Joshua’s 21 wins have come within the first six rounds and this doesn’t feel like a distance fight.

Truth be told this is not a contest to set the pulses racing. But after a sporting year ravaged by COVID-19, most boxing fans will be just be thankful to see AJ out again defending his belts. While everything has changed, some things don’t change, so it will be nice to hear the strains of ‘Sweet Caroline’ belted out at ringside once again.

Joshua vs Pulev will air on Sky Sports Box Office pay-per-view in the UK at a price of £24.95. DAZN meanwhile will stream the bout in more than 200 countries – including the United States.