Usyk will bring out best in me – Anthony Joshua

Anthony Joshua says Oleksandr Usyk will bring out the best in him when they meet in a mouthwatering heavyweight collision on Saturday night.

Joshua defends his IBF, WBA and WBO titles against the Ukrainian former cruiserweight king in front of more than 65,000 fans at Tottenham Hotspur in London.

Usyk (18-0) represents probably the toughest opponent AJ has faced since he locked horns with Wladimir Klitschko at Wembley in April 2017. Remember Andy Ruiz Jr was a huge underdog when he stunned Joshua in New York in June 2019.

As Joshua looks ahead to the huge night (live on Sky Sports Box Office in the UK and DAZN in the United States) he is remarkably relaxed. And convinced that he will rise to new heights of performance thanks to the level of the opposition in front of him.

“We’re blessed to be in this position,” he said during an interview with Matchroom Boxing.

“Why would I be worried? I’m calm, I’m relaxed, what have I got to be worry about? 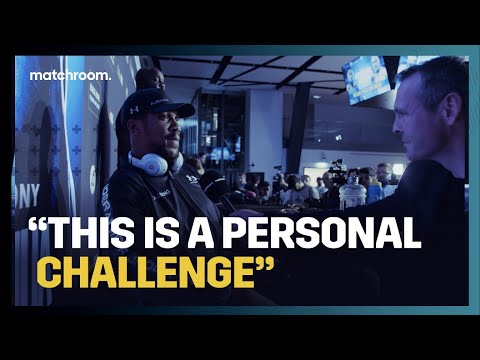 “I trained diligently, I put in a lot of effort and I like this opportunity that I’ve got. I know boxing is like a sport that sometimes seems to be stuck in the dark ages but I really try to revolutionise what I do.”

“Good fighters will bring out the best in me, I can look good against a certain calibre of fighters. I could have continued to poleaxe a lot of fighters at a certain level, but also I wanted to hone some of the old-school systems of boxing and really research the sweet science.

“By doing that I’ve had to take on good challenges and it’s forced me to kind of improve as a person and as a fighter.”

Joshua knows that if he comes through Saturday’s tricky assignment, he would appear to be on course once again for that potential all-British unification match with Tyson Fury. If Fury can also come through his next test – a trilogy fight with big-punching Deontay Wilder in Las Vegas on Saturday October 9.

After that false start earlier in the year we could be just two weeks away from having no more obstacles stopping a Fury vs Joshua showdown. For now there are two formidable blockers. By October 10 we will know if they have been removed.