Mark Tibbs on the Whyte years and Povetkin clash

Mark Tibbs is no longer the trainer of WBC interim world heavyweight champion Dillian Whyte, but he will still be watching ‘The Body Snatcher’ closely when he meets Alexander Povetkin on Saturday August 22.

And even though he won’t have Tibbs in his corner for the first time since 2016 following their recent split, the trainer is confident his former protege will not miss a beat.

He told Seconds Out: “Im not concerned. it’s not an easy fight but he’s got him at the right time (Povetkin is now 40) and it’s a good fight before the big fight so to speak – it’s proper. There’s a level of experience that Dill knows and he’s felt because of the stuff that we’ve had in front of us to get to world number 1. I used to tell him about it and he used to  feel it in there.

“But I think Dillian’s gonna be alright with Povetkin – I hope so and I’m pretty sure he will be. It’s a good, fight It’s still a good fight though, can’t switch off.”

Tibbs started training Whyte (now 27-1) following his first professional defeat at the hands of Anthony Joshua back in late 2015, and guided the Brixton fighter to 11 consecutive victories and mandatory contender status for the World Boxing Council (WBC) heavyweight title. Whyte is due a shot at the title against the winner of Tyson Fury vs Deontay Wilder 3 by the end of February 2021.

“It was a good time we had, I had with him. It was challenging, very challenging. I learned a new way – they’re all different when you coach certain individuals – but Dillian was a bit different but I knew what he had, so I worked diligently with him and overall I had a really really good time with Dill. It was good.”

Despite the split, Tibbs will still take keen interest in Whyte vs Povetkin, explaining: “Apart from a boxing trainer and coach, I’m a fan as well, so yeah of course I’ll watch it. I might even go, it’s only round the corner from me!” 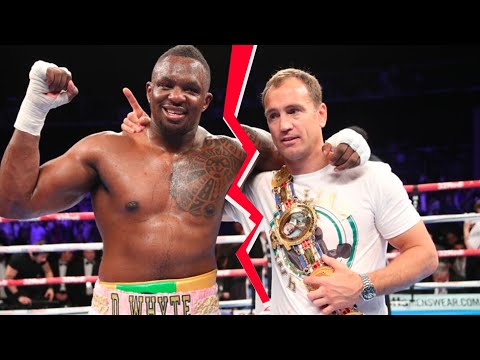 Whyte will now have Xavier Miller heading up his corner for the Povetkin showdown and Tibbs says he has limited knowledge of how the north London handler works.

He said: “I’ve been around Xavier for not very long. Before Saudi (Whyte defeated Pole Mariusz Wach on the undercard of Joshua vs Ruiz 2 in Riyadh in December 2019) me and Dill got ready in his gym over in north London. It was good as it happened, it was private and we had a bit of space there, it was good. I can’t talk of Xavier, I didn’t have much dealings with him, I went in the gym, I was polite with him. All trainers have got their own structure, and I can’t comment on the way he works because I didn’t go there to study him – I done my stuff with Dillian there.”