‘Nail him to the canvas’ – the way to beat Tyson Fury

Tyson Fury says the blueprint to beat him is simple, but actually making it happen isn’t…

‘The Gypsy King’ is still unbeaten and now has a 30-0-1 record after that devastating defeat of Deontay Wilder to claim the WBC world heavyweight title in February. Next up is a third fight with the ‘Bronze Bomber’ – who had twice put Fury in the floor in their first fight – a draw in Los Angeles back in December 2018.

The second knockdown by Wilder – in the 12th and final round – showed again that not only Fury is acclaimed as the best boxer in the heavyweight division today, he also has an incredible chin and fighting heart.

He told IFL TV: “I’ve already told Wilder, I’ve told Joshua, I’ve told Ortiz, Dillian Whyte, I’ve told Klitshko – I’ve told everybody from my era – the only way to beat ‘The Gypsy King’ is to flatten him so he can’t get back up. 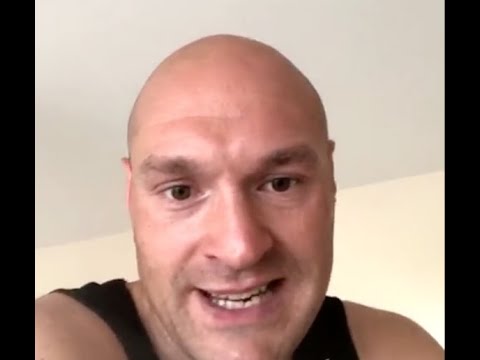 Talk of an all-British showdown with Anthony Joshua next year (potentially two showdowns) is now filling column inches on a daily basis. And Fury says if the world gets back to normal after COVID-19 he can see that becoming reality. But he also knows that he has to first deal again with Wilder – smarting after that first professional defeat.

“If lockdown finishes and the coronavirus gets a vaccine and the world goes back to normal, I can see two fights with Joshua next year for sure. Providing I get past Deontay Wilder this year, which is not a given considering when you’ve been beaten for the first time in your life it can do two things to you.  It can make you break – as we’ve seen many times, the bubble bursts – or it can give you that bit between your teeth where you wanna get back and smash the guy’s face in who beat you.

“So if I don’t prepare like I did last time for Deontay Wilder, like a Trojan warrior, with no Diet Cokes and no distractions, then I can’t see myself winning again if I don’t do that strict attitude and strict lifestyle.

“If I go into this camp taking it lightly, thinking: ‘Oh, I’ve already knocked him out – it’s an easy fight’, Deontay Wilder will most probably knock me into next week.

“I’ve got to approach this fight as if I’m still the lineal champion, as if I didn’t beat him the first time or the second time and I’m still very very very hungry. I’ve gotta put on a fantastic display because at this level now there is no room for error. One mistake could cost you big time.”