Alexander Povetkin says the fact he was hospitalised with COVID-19 will not affect his chances of overcoming Dillian Whyte on Saturday night.

The pair rematch on Gibraltar in an eagerly-awaited heavyweight matchup to be screened live by Sky Sports Box Office in the UK (price £19.95) and DAZN in the United States and worldwide.

This fight had initially been scheduled for November 21, but was delayed when ‘Sasha’ tested positive for the pandemic and was hospitalised. A further delay then happened as he took time to recover. He says though it will not impact Saturday’s outcome.

Speaking on a conference call with reporters published by The Ring, he said: “I don’t feel any effects of Coronavirus. I’ve trained well, camp was good so I don’t think about that at all.”

Povetkin: I did have COVID

Since late last year Whyte (27-2) has even appeared to cast doubt as to whether Povetkin (36-2-1) had COVID-19 at all. The Russian bristles at the suggestion.

“He can think and tell whatever we wants. We have a document of different analysis and the result – I sent it to Matchroom. This is not the case for a dicussion.

“For Dillian this is better when the fight goes later, so regarding how serious, it wasn’t like that. It was just to avoid any risk for the family and check the body.” 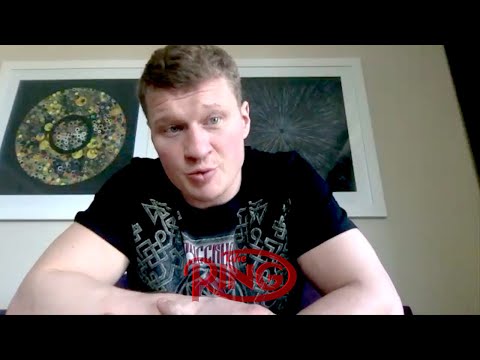 Povetkin stunned Whyte last August with a beautiful uppercut to knock out ‘The Body Snatcher’ in Round 5 of their first meeting. This just a round after he himself had been on the floor twice.

This fight is different

While some experts believe the same vulnerability Whyte showed there could still exist, Povetkin is not expecting a repeat performance.

“This is a different story, we start from the beginning. It could be anything. I need to just be ready for the 12 rounds, that’s it. We don’t take into account the first fight.”