Pulev out to capitalise on Joshua ‘mistakes’

Kubrat Pulev says he sees “lots of mistakes” from Anthony Joshua, and has vowed to capitalise to shock the world on Saturday night.

The 39-year-old Pulev (28-1) carries the hopes of Bulgaria into the SSE Arena at Wembley as he challenges for AJ’s IBF, WBA and WBO world heavyweight titles. And he is convinced he has what it takes to shock the 1/12 betting favourite.

Joshua has already suffered one massive upset defeat as a professional – at the hands of 30/1 underdog Andy Ruiz Jr in 2019.

Pulev, speaking to Matchroom Boxing, said: “We see lot of mistakes from Anthony, lot of bad sides. I think these mistakes, these bad sides, stay.”

While Pulev would be overjoyed personally to become world heavyweight king, he also feels the weight of a nation on his shoulders. 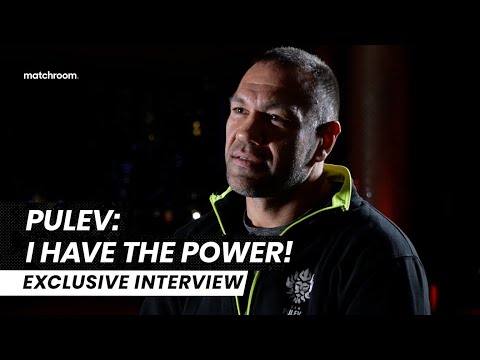 “This fight is not only for me, not just a fight and just boxing. It’s for all Bulgarian sport. Nobody was heavyweight champion of the world. That’s why for me it will be really good. For my country and my people, the Bulgarian people. They will be really happy.”

This night has been three years in the making – Joshua and Pulev had been scheduled to meet back in 2017. Then this year COVID-19 caused a further six-month delay from that initial June 20 date. Pulev admits getting through the pandemic – and back in the ring – has not been easy.

“We must be honest, it wasn’t easy for us. It’s different, and all the time we have to be careful. But this is the situation and we must work with it. It’s not easy but we done very good, a good training camp. But the fight is the fight and I’m happy we can box now.”

Forget Wlad KO, this is a new Pulev

Pulev has challenged for a world title once before – against Wladimir Klitschko back in 2014. He suffered a crushing defeat that night (L KO5), but says he is a different man now.

“I will be absolutely different because I have a lot of experience from that fight. I will be a new Kubrat Pulev. I feel good, I feel healthy, I feel happy,  feel strong. Lots of energy, much power. I think after this fight I’m gonna fight with Tyson Fury.”

Fury of course looms large over this fight – Joshua knows a victory will set up an enormous showdown with ‘The Gypsy King’ in 2021. Pulev though says he is about to wreck that dream, stating simply: “I don’t believe that fight is gonna happen because I win Saturday night”.

Should Pulev do the unthinkable, there will be much emotion. It was his late father’s dream that his sons become boxing champion and Kubrat says he will be there in spirit on Saturday.

“My father – this was his dream. That’s why me and my brother are here. His project was that he have sons and these boys become boxing champions. This is now fact. He is looking from above and I am sure he’s happy and he wants to win Saturday night with me.”

Finally, Pulev was asked how the fight would go, and if he had any message for Joshua. The response was simple and chilling in equal measures.

Joshua vs Pulev will be live on Sky Sports Box Office pay-per-view on Saturday night (price £24.95). The bout will also be streamed in more than 200 countries by DAZN – including the United States – following its global launch on December 1.