‘A tragedy for our sport’ – Hatton has Fury vs Joshua fear

Ricky Hatton says he is “seriously worried” that Tyson Fury vs Anthony Joshua may never happen, and believes that would be “a tragedy for our sport in Britain”.

The world heavyweight title unification match was scuppered right at the very last hurdle last week – 24 hours after Fury had confirmed an August 14 date was agreed for Saudi Arabia.

Wilder won an arbitration ruling in the United States over his collapsed trilogy fight with Fury in 2020. The ruling says he must be given that Fury fight by September 15. The pair have since agreed to fight on Saturday July 24 in Las Vegas.

Joshua meanwhile has been ordered to defend his titles against WBO mandatory challenger Oleksandr Usyk – likely in late August – while Fury vs Joshua must now wait…again.

Former super-lightweight and welterweight world champion Hatton says he is now concerned that a fight so long in the making has not yet happened.

Hatton fears for Fury vs Joshua

He told IFL TV: “It worries me. Tyson has been through all his problems, and it’s a credit to where he’s been to where he’s got to today.

“But I think Tyson wants to get in and out now. He wants to get in, he had them two little comeback fights, went straight in against Wilder, got the draw which we thought he should have won. Straight in again with another rematch, smashes him to bits. The only thing that is left what Tyson wants is Joshua. Then he wants to fight Joshua and then hang them up and who can blame him. 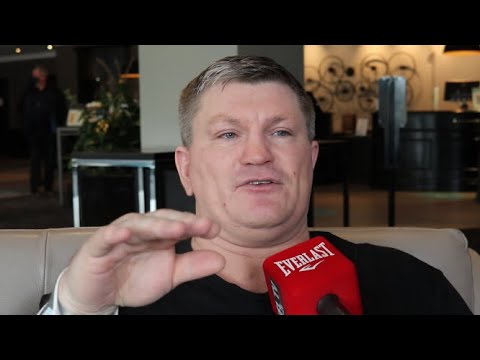 “It just seems like we’re five, six years in the making. They’re still talking about it’s on, it’s not, it’s on, it’s not. I’m seriously worried. Because it would be a crying shame for our sport.”

There has been much talk from UK fight fans about whether each of the fighters actually wants this huge showdown. Hatton though believes the desire to fight each other is the one thing that is seldom in doubt.

“I think the fighters are the ones that always do want it. Sometimes it’s politics that sadly do get involved,” he said.

Last week’s news was devastating for the Fury and Joshua camps – Saudi Arabia had just agreed to put up a record site fee of $155million (£109million) to stage that August 14 bout.

Now the best case scenario sees them defeating Wilder and Usyk respectively and then being able to meet each other in November or December. It remains to be seen whether Saudi would again be the venue, or whether COVID-19 restrictions in the UK will have eased enough for Wembley Stadium to become a major player.