While the pair may have agreed the financial structure for a two-fight deal to unify all the world heavyweight titles, they both have other business to take care of first – something which “scares the s*** out of” Hatton.

Fury must meet Deontay Wilder (42-1-1)  for a third time, having drawn with and then beaten convincingly ‘The Bronze Bomber’ in their first two meetings. Joshua meanwhile has IBF mandatory contender Kubrat Pulev (28-1) standing in his way.

It is hoped both of those fights can take place before the end of this year – paving the way for the dream all-British unification match to take place in 2021, possibly in summer.

Former light-welterweight and welterweight world champion Hatton though is terrified those interim fights could yet scupper the best-laid plans, telling IFL TV: “With heavyweight boxing there’s a massive risk both for us as fight fans and for promoters and TV companies, because heavyweights, with one punch it can all go tits up as they say.

“We’ll just have to watch this space but it was good to see the other week that they are both keen to get it on, and I think that’s the main thing.” 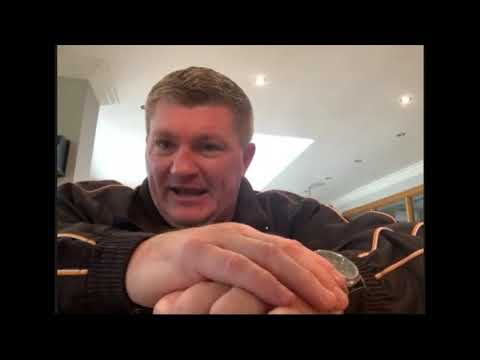 Hatton explained why he believes Wilder and Pulev present very real threats to the big two, explaining: “He (Wilder) can hit still. And the way Ruiz did AJ, and I know AJ came back and boxed brilliantly (in the rematch), but they way Ruiz done that, you’re not telling me Pulev can’t do it, so if they do have to have them mandatory fights fight it could put our British heavyweight dream fight in jeopardy. But that’s why I’m not a promoter or that’s why I don’t want a TV channel.

“It’s a massive worry, because whether you’re a boxing promoter or trainer, manager – whatever – the reason why we’re in the game is because we are boxing fans. As a British boxing fan, to have the best two heavyweights in the world having the opportunity to fight, I can’t wait to see that fight.

“But as far as a promoter or a TV channel or a British boxing fan (is concerned), it’s a real squeaky bum time.”

While Hatton’s concerns are real – and he didn’t even mention the possibility Fury may have to face WBC mandatory Dillian Whyte and Joshua could have to do the same with WBO contender Oleksandr Usyk before we get to the big one – he was at least heartened by the big announcement on June 10 that the structure of a deal is in place.