Bob Arum has revealed the timeline that saw Tyson Fury vs Deontay Wilder 3 fall apart, and talked about who Fury may fight on Saturday December 5.

Fury revealed on Monday that he had “moved on” from a trilogy showdown with ‘The Bronze Bomber’. He added that he would instead look to fight another opponent in the UK in December.

Hall of Fame promoter Arum says the Wilder bout became yet another victim of the COVID-19 pandemic, with time simply running out on the opportunity to stage it in 2020.

He now says the way is clear for a Fury vs Joshua superfight next spring – assuming both men win their December engagements. Joshua defends his IBF, WBA and WBO world titles against Kubrat Pulev on December 12.

Wilder another victim of the pandemic

Arum told IFL TV: “The fight contractually had to take place some time in July and there was a provision for a postponement into October. And then Fury agreed that he would do the fight on December 19th.

“The networks then said ‘hey, you can’t go December 19th because there are five college championships on that day and two NFL games. On the same day. So how much television can people watch and are they gonna pay money to watch a fight when they have all these great football games? 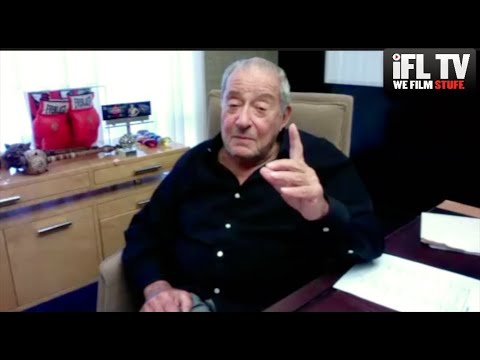 “And when I discussed it with Tyson he said: ‘Look I’ve been training hard, I have to fight by the end of the year’.

“So we arranged for Frank (Warren), Queensberry, to put him in with a top-15 guy in the WBC ratings, and do that fight December 5.

“And then if Joshua beats Pulev, then next year – sometime by the late spring – we can have that match against each other which is the fight that everybody on both sides of the pond wants to see.

“Unfortunately for Wilder, Tyson is not under contract to fight him any more, so he’s another victim of the pandemic.”

In terms of Fury’s opponent on December 5, Arum admitted the list of possibles is a mere handful. Most of the top 15 are already scheduled to fight during a packed final quarter of the year.

He said: “You end up with five guys who are possible. There’s Efe (Ajagba) – the African – there’s Agit Kabayel, he’s there. (Oscar) Rivas is there. And there are two others that are there.

“We’ll have to pick out who’s available and pick it out. Rivas and Efe are Top Rank fighters, I am sure we could arrange for them to be available. If that’s who is chosen after talking to Frank and Tyson.”

Looking ahead to that mammoth Fury vs Joshua showdown, Arum believes that there is a good chance the bout ends up being staged outside the UK.

He said: “Probably to an old territory that the crown ruled over years ago. I think it probably ends up in the Mid East.

“It is more of a UK fight than it is a US fight. If the choice is doing it in the US or doing it the UK, I would agree that it would be better to do it in the UK.

“But the choice may be the UK with some other place where we’re getting big offers to do the fight. Then everybody will have to chime in and figure out what’s the best place to do the fight.”