Tyson Fury on insane cost of bailing on Wilder trilogy

Tyson Fury says he would have been sued for $80million had he not adhered to an arbitration ruling which means he has to fight Deontay Wilder for a third time.

‘The Gypsy King’ will meet ‘The Bronze Bomber’ in their trilogy clash at T-Mobile Arena on October 9. It is a fight which had seemed destined never to happen.

Fury said he was ‘moving on’ after the pandemic caused multiple postponements in 2020, and had looked set to face Anthony Joshua in an all-British unification blockbuster in Saudi Arabia on August 14.

But just a day after Fury had announced that, Wilder won his arbitration ruling in the United States to force the third fight. Now, after a July date was postponed when Fury contracted COVID-19, it will finally happen on October 9.

Fury talked about the chain of events which led us to where we are, including the financial cost had he not gone through with the Wilder trilogy.

He explained to Gary Neville on ‘The Overlap’: “The talk was me and Joshua were gonna fight. No contracts were signed or anything like that. And then all of a sudden, Deontay Wilder’s put an arbitration against me from a top judge and all the best lawyers in America. So I can’t do anything about that. 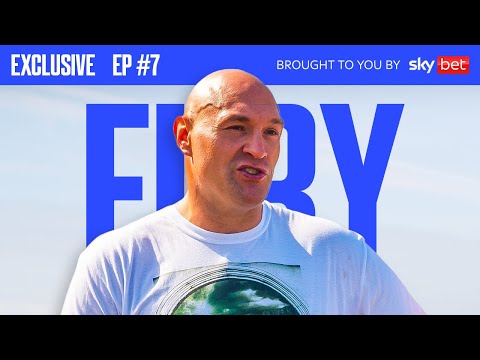 “If you wanna bring a court case against me in America, and even if I’ve not done anything, I’ve gotta defend it, or I’m guilty – that’s how it works.

“So I said ‘alright then, let’s do it’. So they wanna go to court and they wanna fight for his rematch. His contract had expired because of the COVID. But to be honest with you, fair is fair and I’m a fair man myself, and if the shoe was on the other foot I’d want my third fight.

“Because it wasn’t really my fault or Wilder’s fault why the rematch never happened. It was just the world got turned on its head and it didn’t happen because of the COVID.

“So all of a sudden we’re in court now and he won his case. The judge said ‘fair’s fair, give the lad his rematch and that’s it’. So there’s not much I could even do about that.”

Ditching the belts never an option

Neville asked Fury whether he could have just given up his belts, bailed on Wilder and gone ahead with the Joshua fight anyway. Fury explained very simply why that was never an option.

“Do you know how much the suing case was if I didn’t fight him? $80million.”

While Fury is now preparing for Wilder, Joshua has moved on to defend his IBF, WBA and WBO heavyweight titles against former unbeaten cruiserweight king Oleksandr Usyk. They will meet in London on September 25.

It’s hoped if both British stars come through their difficult assignments safely, they could still meet in that unification clash early next month.