Usyk reveals the $2m cost of COVID for Chisora fight

Oleksandr Usyk has revealed that his fight with Dereck Chisora having to take place behind closed doors during a pandemic cost him a cool $2million.

The Ukrainian maestro (18-0) outpointed Chisora in London on October 31 to cement his status as mandatory contender for the WBO heavyweight title currently held by Anthony Joshua.

But instead of a packed venue bringing in significant gate revenue, the bout (screened live by Sky Sports Box Office and DAZN) played out in an empty SSE Arena at Wembley, save for the teams, officials and broadcasters.

Both fighters were praised for their willingness to get the fight on given the economic ramifications, which Usyk outlined in a fascinating interview on his own YouTube channel.

He said: “I don’t know about Dereck, but my fight earning was reduced.”

Then followed an exchange where the former cruiserweight king outlined just how much he lost in earnings:

Interviewer: “How much was that reduced?”

Interviewer: “What currency are we talking about?”

Usyk: “The one with Benjamin Franklin.”

Interviewer: “What does a person feel when he just lost two million dollars?”

Usyk: “He felt hungry. Could you imagine?” 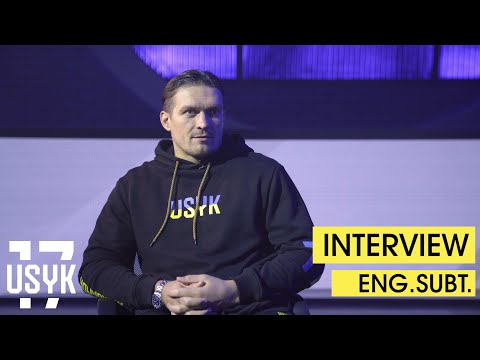 Usyk then recounted his frustration as the bout was cancelled a total of four times due to the ongoing pandemic.

“I like to get up early in the morning even though I have to wake up at 0430 to say my prayers, brush my teeth, get dressed and start my first training at 0500. Not every athlete is ready to do that.

“Sometimes I think to myself: Thank God I’ve woken up. At one point my training routine changed and I didn’t have to get up so early in the morning.

“I woke up at 9am on Monday, and went to have breakfast. That was a lovely breakfast. Every one of my team was happy to see each other, and then I got a message on my cell phone that the bout was postponed. And that happened four times.”

Usyk also explained that the multiple cancellations led to much financial recalculation as he tweaked his training regime and sparring sessions. He revealed that he spends more than $50,000 on a camp, with sparring the biggest cost.

“The most expensive part is the sparring sessions with good sparring partners. Many boxers don’t want to come and spar me, because they already know that the sparring is 15 or 20 rounds, each round is going for four minutes with a 30-second break.

“That job should be well paid. And we pay.”

Usyk is now hoping that a shot at the WBO world title comes next. Joshua meanwhile must decide whether he takes on that challenge, or vacates the belt to chase that mega showdown with Tyson Fury.