Skip to content
Fury vs Joshua News Whyte vs Povetkin scenarios: What happens next?

Whyte vs Povetkin scenarios: What happens next?

Dillian Whyte vs Alexander Povetkin isn’t just the biggest fight to take place since boxing started to return from COVID-19 lockdown. It’s much more than that, with a number of fascinating scenarios at play.

Whyte (27-1) goes into Saturday night’s Sky Sports Box Office pay-per-view show (price £19.95) knowing that his career is at a crossroads.

Defeat Povetkin (35-2-1) and he will in theory finally get that elusive WBC world heavyweight title shot. Lose though, and his dream of climbing to the top of the mountain could be irrevocably shattered.

Here we look at the complicated scenarios which make the huge Matchroom Fight Camp show essential viewing for all fight fans.

What are Whyte and Povetkin fighting for?

Also on the line will be the WBC Diamond Belt. The WBC’s official website says of that: “In 2009, the WBC created its new ‘diamond championship’ belt. The belt was originally created as an honorary championship exclusively to award the winner of a historic fight between two high-profile and elite boxers.” 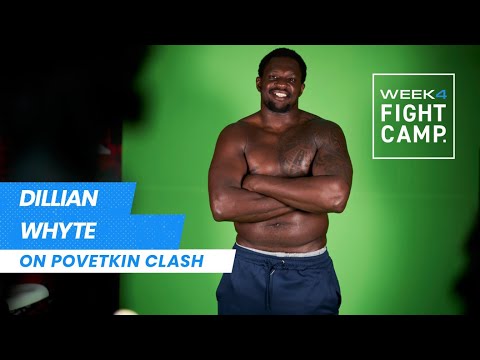 But of course all titles and baubles are pretty meaningless bar one – that of actual WBC world heavyweight champion. So for the winner on Saturday the biggest carrot is a title shot against the winner of Tyson Fury vs Deontay Wilder 3 – currently set for Saturday December 19.

The WBC ratified that the winner will get that title shot at its recent annual Convention. Initially the deadline for a Whyte title challenge had been February 2021 but it appears that is likely to be relaxed a little with COVID-19 causing delays everywhere.

What happens next if Whyte beats Povetkin?

While it appears straightforward, nothing is ever that simple in boxing – with its complicated politics courtesy of those fragmented ‘alphabet’ sanctioning bodies often ruining the best-laid plans.

Fury vs Whyte for the WBC world heavyweight title

Assuming Whyte defeats Povetkin and Fury overcomes Wilder in their trilogy match, the pair will then be slated to meet for the WBC world title. Currently bookmakers have Fury a 1/6 favourite should the fight happen, with Whyte a 4/1 chance and the draw 25/1.

Wilder vs Whyte for the WBC world heavyweight title

Deontay Wilder will start his trilogy match with Tyson Fury (30-0-1) as a definite underdog (around 3/1) having suffered his first professional defeat at the hands of ‘The Gypsy King’ in their Las Vegas rematch in February.

The manner of that defeat – a crushing seventh-round stoppage – has many experts wondering even whether Wilder is finished at the very elite end of boxing’s marquee division.

But ‘The Bronze Bomber’ (42-1-1) remains the biggest puncher in the division and one of the biggest in the sport. And with that power comes the potential to change the course of history for ever in a split second.

And if Wilder does pull off the upset and Whyte beats Povetkin, it would be the American from Tuscaloosa, Alabama who would defend the hallowed green belt against ‘The Body Snatcher’.

Despite the defeat by Fury, bookmakers still have Wilder as favourite for a notional match against Whyte – at 4/9. Whyte meanwhile is 9/4 with the draw a 33/1 shot.

Fury vacates the WBC title or is stripped

Fury’s co-promoter Frank Warren has said in recent days that Fury does not want to fight Whyte after he’s dealt with Wilder – instead he would much rather go all out to clinch a huge showdown with fellow British world champion Anthony Joshua.

If Fury decides to vacate the WBC title to go after Joshua or refuses to fight Whyte and is stripped by the governing body, Whyte would automatically become the champion without having won the belt in the ring.

This of course would be a sub-optimal solution for Dillian, who not only wants the glory of claiming the title inside the ring, but also the huge payday which would come with a clash against Fury.

The WBC ushered in the controversial ‘franchise champion’ designation recently to allow its star fighters to move around divisions and also take in the best fights without being hampered by mandatory commitments.

If Fury were to be given franchise status it would mean Whyte would ascend to the regular title and Fury could proceed with a match against Joshua.

However the fly in the ointment here is what happens to any notion of Fury vs Joshua then being for the undisputed world heavyweight title. As Dan Rafael, highly-respected former ESPN lead boxing writer, explained recently.

He told IFL TV: “Let’s say Lomachenko goes in the ring against Teofimo Lopez as the WBC’s franchise lightweight champion and Teofimo Lopez should win the fight, he doesn’t get the WBC franchise title. So the point is I guess it’s cool to have, but it’s basically a trophy title.

“My perspective – and I’ve said this to Mauricio (Sulaiman), who obviously disagreed with me – I would say that the winner of a Fury vs Joshua fight, if Fury goes in as the franchise champion, the winner of the fight will be the lineal champion, will be the number one heavyweight in the world, will have the belts that Joshua has, but will not have the WBC title because that would be given to Whyte.

NB: While fight fans in the UK can purchse Whyte vs Povetkin via Sky Sports Box Office, subscribers to DAZN can watch the bout as part of their monthly plan in the United States, Canada, Germany, Japan, Brazil, Italy, Spain, Austria and Switzerland.