Johnny Nelson cannot understand the split between Deontay Wilder and co-trainer Mark Breland, describing it as a “stupid” move.

Breland came in for criticism from both Wilder and fellow co-trainer Jay Deas after throwing in the towel for Deontay’s first professional defeat at the hands of Tyson Fury in February.

Wilder was outclassed for seven rounds before Breland stepped in, but last week their split was announced seven months later.

“So obviously they’ve split up because there’s a disagreement, I’m assuming, why else would you split up. That means Deontay disagrees with him, he disagrees with Deontay.

Throwing in the towel

“Deontay hasn’t got the experience of Mark Breland. Mark Breland was a slickster, he could fight. We can assume the split is about him being thrown under the bus when he got stopped and the towel was thrown in. 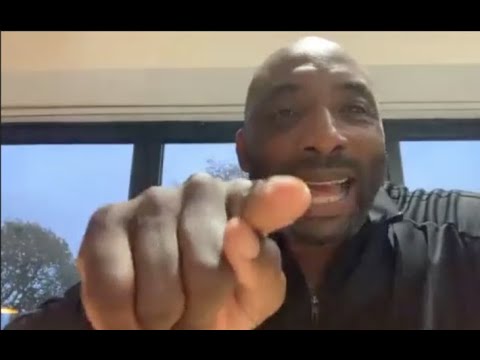 Nelson re-iterated his respect for Breland, and believes the former Kronk disciple is the sort of mind Wilder needs in his corner.

“Mark Breland is not a loud braggadocious individual that said ‘look at me’. He’s quiet, he’s calculated, he’s smart, he knows what he’s doing. He doesn’t want the limelight.

“That’s the kind of people you want, why would you get rid of him? That’s a no-brainer.”

Wilder (now 42-1-1) is of course slated to meet Fury in their trilogy match next.

It was hoped the fight would take place in Las Vegas on Deember 19, but that appears to be in doubt.

And the Fury camp have said he will look for another opponent if the Wilder clash cannot happen in 2020.