Deontay Wilder and his team are ignoring the rumours that the big July 24 showdown with Tyson Fury will face a delay because of a COVID outbreak in ‘The Gypsy King’s’ camp.

Outlets including ESPN reported on Thursday that the trilogy fight for the WBC world heavyweight title could be pushed back as far as September.

Wilder’s head trainer Malik Scott says until they hear something official, nothing changes as far as they are concerned – and ‘The Bronze Bomber’ will continue to prepare for that July date at T-Mobile Arena in Las Vegas.

He told ESNEWS: “I don’t think. We about to get ready to go work right now. Everything’s remaining the same. We’re not going for no bananas in no tailpipes. I don’t care what the media report or nothing like that. We staying zoned in.

“Like I said, we about to go get these rounds of sparring, get some good floor work in. We’re about to get Deontay recovered because this is a big week of sparring for us. Everything is still on the court for us.” 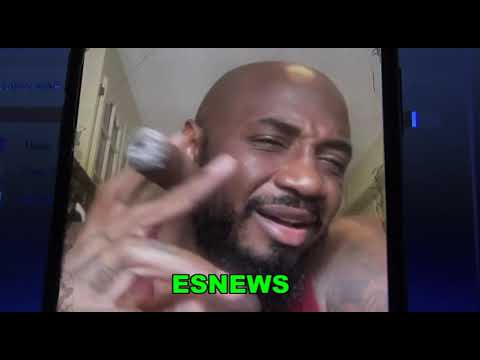 Scott said as well as having heard nothing official as yet, he doesn’t believe much of what comes out of the Fury camp.

“Plus you gotta realise we’re dealing with a fighter that I believe nothing he says,” he said.

“That kind of news is a laughing matter here because in about 31 minutes Deontay Wilder will be in the ring sparring, going very hard, same way he will for the rest of the days.”

Yet another delay for Fury vs Wilder 3 would be hugely frustrating for all parties – it is now 17 months since the two men had their rematch in Las Vegas in February 2020. Neither has fought since.

Fury of course has already had to deal with the disappointment of his planned August 14 unification match with Anthony Joshua being scuppered by Wilder winning an arbitration to force their third fight.