Wilder ‘really up and ready to go’ for Fury – Warren

Frank Warren says Deontay Wilder is “really up and ready to go” for his trilogy fight with Tyson Fury, and expects ‘The Bronze Bomber’ to have plenty to say once the date and venue are confirmed.

It’s still hoped that what would be the biggest fight for the remainder of this year can take place in Allegiant Stadium in Las Vegas, with 10-15,000 fans attending in a facility which can seat 65,000.

Wilder has been strangely silent on social media since suffering his first professional defeat at the hands of ‘The Gypsy King’ in Las Vegas in February. But Warren rubbished the people who are reading things into that, and says it’s way too soon to write off the American (42-1-1).

He told IFL TV: “Deontay Wilder has a contract and that’s it. And that contract is to fight Tyson. We’re trying – all of us involved – to get the fight on for the 19th of December. We’re all working hard, I don’t know what’s gonna happen but that’s what we’re all working hard to do.

“Deontay, I’m quite sure if the button gets pressed, and there’s the venue, date confirmed, I’m sure you’ll hear a lot from him then. But now, what’s he got to say? I know he’s in the gym. I spoke to Shelley Finkel, his manager, he tells me he’s really up and ready to go.” 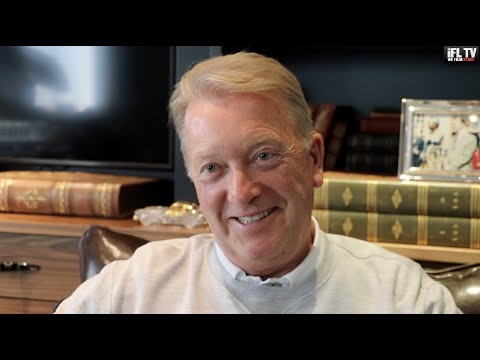 Fury recently said that despite dominating Wilder in their rematch, the man from Tuscaloosa, Alabama remains the most dangerous opponent out there for him. A view Warren backed up.

“For six years he was doing that, mandatories and everything, coming from behind in fights and doing it. He’s a devastating puncher and I’m sure, having done what, 19 rounds with Tyson, he knows Tyson Fury and he knows what to expect.

“He knows his gameplan, his tactics, have to change – because he can’t beat Tyson doing what he’s done in the previous two fights. who knows what he’s doing in the gym. I’m sure they’re working on it.”