Fury vs Joshua like “a big corporate merger” – Arum

Bob Arum has likened Tyson Fury vs Anthony Joshua to a “big corporate merger” as negotiations for the biggest fight in British boxing history move ever closer to conclusion.

The two camps are looking to finalise contracts for a world heavyweight title unification match in June. The bout would likely take place in the Middle East.

Arum, who co-promotes Fury, and Joshua’s promoter Eddie Hearn have been saying for weeks that the deal is close, and the Top Rank supremo explained why these things take so long.

Fury vs Joshua a huge fight

Speaking to Barbershop Conversations, he said: “It’s a huge huge fight. So because of that, it proceeds along the lines like a big corporate merger.

“In other words, Matchroom a few weeks ago sent us a draft of a contract. We marked it up, sent back a red-line version. They accepted some changes. It goes back and forth and that’s good because everybody wants to make that match. 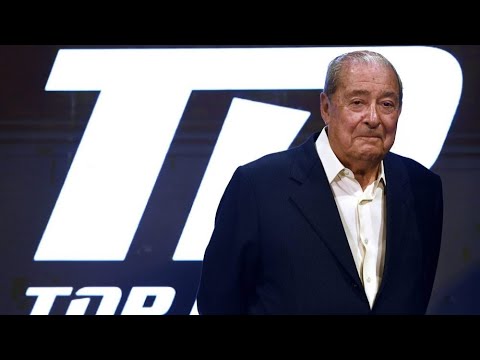 “We are slowly but surely narrowing down the issues, and once we have a meeting of the minds we’ll make an announcement. But I think that’s proceeding in a very good way. It’s not there yet, but I think we’re making progress.”

Arum has already said he expects Fury and Joshua to earn around $100million each from their bout, and the financial size of the match just adds to the complications.

“It’s not like you just send a guy a bout contract. It’s complicated – the more money that’s involved, the more complicated it gets,” Arum added.

“But everybody is in good faith and we’re working through the issues.”

Fury vs Wilder mediation over

Fury of course had been slated to meet Deontay Wilder in a trilogy fight last year, but time ran out on that deal. With both sides disagreeing over whether the contract had expired, mediation ensued.

Arum updated on the situation, saying: “Mediation’s ever. Wilder didn’t help himself with all these crazy things he was saying. I mean just crazy crap. Sacking Breland, calling Fury a cheater, just ridiculous stuff.

“I think the best thing for Wilder is to fight some live guys, wait until Fury and Joshua fight and then.look to fight the winner. He has Charles Martin who would be an excellent fight for Wilder.

“This Swedish kid (Otto Wallin) that beat Breazeale last night is a good opponent, he gave Fury hell when they fought. So there are a lot of good fights for Wilder.”