Plans continue for that Tyson Fury vs Anthony Joshua megafight this summer, but the spectre of Deontay Wilder still looms large over the all-British heavyweight unification battle.

Wilder of course was due to get a trilogy fight with Fury late last year having lost his titles to ‘The Gypsy King’ in a one-sided Las Vegas rematch in February 2020. Their first bout in December 2018 ended in a controversial draw.

Since the fight collapsed, the two teams have been involved in legal arbitration around the contracts for the planned bout.

Fury’s co-promoter Bob Arum – speaking to Barbershop Conversations on YouTube – does not though believe it will stop Fury vs Joshua going ahead.

Fury vs Wilder result in May

He explained: “That is an arbitration and the arbitrator will decide. Really and truly, nobody anticipates that there’ll be an injunction. At worst there might be a claim for damages. I think there’s a schedule that probably would get a determination some time in May.” 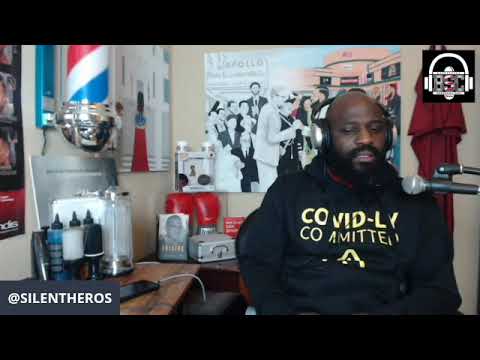 Arum was relatively tight-lipped on the Fury vs Joshua situation right now. But he re-iterated that now contracts are signed the hunt is on to finalise a date and venue.

“The fight is signed and now we’re waiting to firm up a site and a date. Obviously it’s not as easy as it normally would be because of the pandemic.

“A country that wanted to stage the fight and put up a big site fee may look and say they had so many COVID cases last week or last month that they don’t know when they’re going to be opening up. It’s very very delicate, having nothing to do with the fight. Really a logistical challenge.”

While Arum would not be drawn on where the fight may be held, he again scolded fellow promoter Eddie Hearn for saying too much to media regarding the status of negotiations.

“Eddie Hearn has a loose tongue and he speaks, whatever, whatever. Under our contract between Joshua and Fury and the various promoters, we’re embargoed from talking about who we are talking to, where the fight may be,  until we arrive at a determination and there can be a joint announcement. Eddie’s been violating that but I’m not going to.”

It is now some 13 months since Fury last set foot in a professional ring – that beatdown of Wilder at the MGM Grand Garden Arena. Inactivity is clearly a source of much frustration for him, but Arum is hopefully he will fight twice this year.

“It would be criminal not to have Fury fight twice this year. If he fights in June, he can fight in November/December. No matter what, he’s gonna fight some time in July.”

Fury and Joshua of course have signed a two-fight deal, which likely calls for an immediate rematch. Their first meeting will hopefully take place in the summer with the second fight late in the year. The Middle East remains hot favourite to stage the first bout.