Eddie Hearn says he does expect an increased PPV price for Tyson Fury vs Anthony Joshua, but not up to the £40 which some recent rumours have suggested.

Reports in the national press recently suggesting the price could be that high caused a storm on talk radio, but Hearn says he has no idea where these figures came from.

The Matchroom supremo does though expect an increase from the £24.95 fans paid for Joshua’s last two bouts. Namely the rematch with Andy Ruiz Jr in Saudi Arabia in December 2019, and the clash with Kubrat Pulev in London in December 2020.

He told IFL TV: “I dont know where these rumours come from. Again, I haven’t had any discussions about the pay-per-view price, I certainly don’t think it’ll be £40. Nothing’s been discussed, nothing’s been set.” 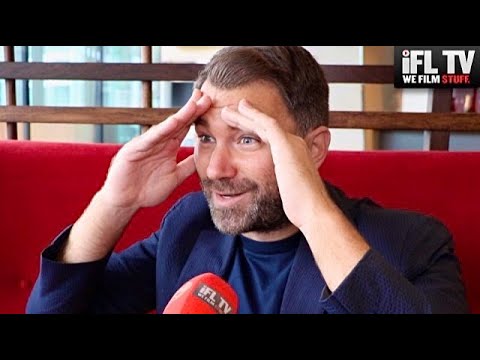 The undercard for Fury vs Joshua was another topic of conversation, with Hearn saying there are a ton of possibilities.

“I think it’ll be a really good card. All the involved parties are gonna want to put fights on, and as always when fighters control the revenue for the card, they’ll have to approve the cost of those fights.

“But certainly, if there is an increase in the pay-per-view price, which there probably will be, not £40, but I think there will be. Then we need to provide a show that’s worthy of that.

Fury and Joshua are expected to earn around $100million each for the biggest fight of their lives. It is expected at the moment to take place in June, with contracts currently being finalised.

The venue will likely be in the Middle East, with the UK ruled out due to current COVID-19 restrictions. Saudi Arabia, Dubai and Qatar are all among the eager bidders.

Sky Sports and BT Sport are both likely to broadcast the fight on pay-per-view in the UK. Joshua has an exclusive contract with Sky while Fury has a matching rights deal with BT.