“Everything agreed” for Fury vs Joshua – Bob Arum

Bob Arum says Tyson Fury vs Anthony Joshua is finally agreed and the long-awaited superfight is close to reality with the two sides now in the process of getting contracts signed.

The huge news comes after weeks of frustration as tense negotiations continued for what will be the biggest fight in British Boxing history.

There is no confirmed date or venue yet – but it appears the world heavyweight title unification match will take place in the summer, likely in the Middle East. The bout should result in the first undisputed world heavyweight champion since Lennox Lewis back in 1999.

Top Rank supremo Arum, who co-promotes Fury in the United States, told IFL TV: As far as I’m concerned, I’ve been working on it, and all the points have been agreed to.

“That’s what each side has said. Now, you know, scrambling around to get things signed and everything. 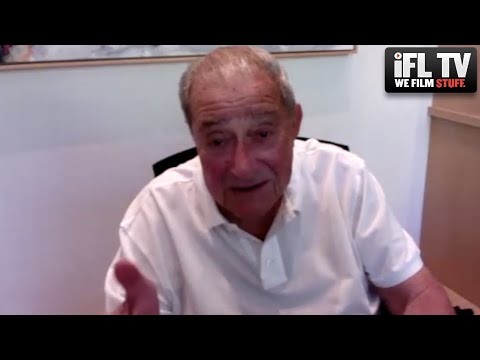 “But I can say clearly based on my view of everything that there are no more issues.”

Once contracts are signed, the two remaining major issues to resolve are where the fight takes place (as stated the Middle East is likely to win that race) and who broadcasts it.

A joint pay-per-view production is highly likely in the UK with Joshua contracted to Sky Sports and Fury to BT Sport.

In the United States meanwhile Fury has a lucrative contract with ESPN while Joshua has a matching rights deal with DAZN.

Outside the UK and US it is likely DAZN will be heavy players in the battle for rights. Its ‘Netflix of sports’ streaming service rolled out in more than 200 countries worldwide in December 2020.

Fury (30-0-1) remains favourite for the big showdown at around 4/7 while Joshua is around the 6/4 mark. Fury holds the WBC, Ring magazine and lineal heavyweight titles while Joshua is the IBF, WBA and WBO ruler.