Hearn and Arum ready to seal Fury vs Joshua deal

Eddie Hearn says he and Bob Arum are ready to seal a deal now for the fight the whole of Britain wants to see – Tyson Fury vs Anthony Joshua for the undisputed heavyweight championship of the world.

Hearn, whose Matchroom promotes Joshua, says he has been in talks with the 88-year-old Hall Of Famer Arum – whose Top Rank co-promotes Fury – all week.

And he believes they are now ready to move forward to sign on the dotted line for a massive showdown between the two British world heavyweight champions next year.

Speaking on Matchroom’s YouTube channel, he said: “I’ve spoke to Bob Arum, we’ve been having some deep conversations about that fight all week and actually me and Bob are ready to move forward and close that fight now.

“I don’t know if he’ll (Fury) fight Wilder, I think Fury will go and do his WWE thing later this year. If he wants to do that, that’s alright. We’ll deal with Kubrat Pulev (planned for December 12) but we’ll sign the fight now. There’s no reason we can’t sign that fight now and me and Bob are working towards making that happen. So it’s gonna be a big end to the year.” 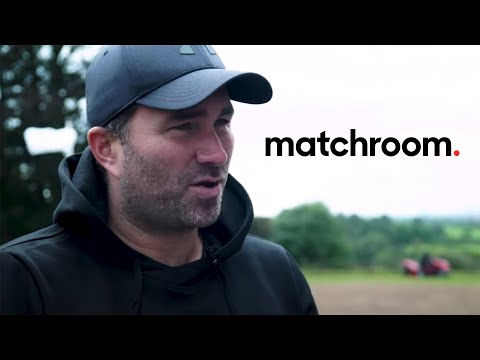 Despite the fact that it was announced on June 10 that the financial structure of a two-fight deal is in place, Fury and his other co-promoter Frank Warren have been consistent in their belief that Matchroom don’t actually want the fight.

Hearn though says that makes no sense, explaining: “Fury against AJ is a must, I see all the comments ‘oh they don’t want it, they don’t want it’. You have to understand, why would you not want the biggest fight ever for British boxing, that will generate more money than can be generated by any kind of fight?

“You call me money-hungry yet I don’t want the money or what? Course I do. I want the glory for AJ, I want to see him be undisputed champion. I believe he beats Tyson Fury.”

Fury, as Hearn referenced, is in theory due to face Deontay Wilder in a trilogy fight on December 19 though that date appears to be in doubt with the COVID-19 pandemic continuing to cause havoc in the United States.

Currently that fight and Joshua’s mandatory defence against Pulev are the only real hurdles before a unification match. One big obstacle of course was removed on August 22 when WBC mandatory Dillian Whyte was stopped by Alexander Povetkin.

WBO mandatory Oleksandr Usyk – also co-promoted by Hearn – could yet blur the picture if he pushes for a title challenge once AJ has dealt with Pulev.