Fury vs Joshua latest: Hearn on date, venue and purses

There is a heavyweight world title fight in London on Saturday night, but despite that all the talk this week is already looking ahead to Tyson Fury vs Anthony Joshua.

Should Joshua (23-1) come out victorious as expected (he is a 1/12 betting favourite), a unification showdown with Fury is confidently expected to come next. AJ’s promoter, Matchroom supremo Eddie Hearn, spoke to IFL TV this week to provide the latest situation.

When will Fury vs Joshua be announced?

“Once AJ wins on Saturday we have a clear path to make that fight. I’d love to announce it Saturday. We’ll see. 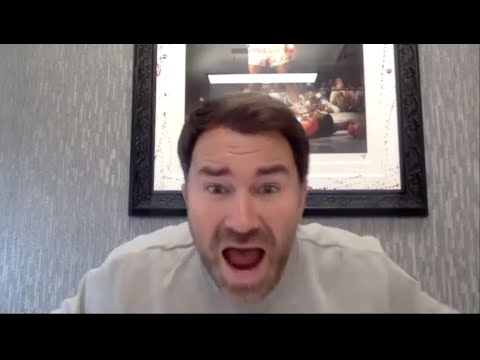 “I think subject to AJ winning Saturday, I think Fury will fight AJ next. There’s been new discussions, we’re all focused on Saturday. But we wanna make that fight immediately once business is taken care of against Kubrat Pulev.”

Will Joshua take a pay cut to fight Fury in the UK?

“He’s taking a huge pay cut this Saturday (against Pulev), so he’s shown he’s done it, he’ll do it. Whenever I say he ain’t bothered about the money, of course most people tell me just to f*** off. The motivation for AJ is to prove himself as the best heavyweight in the world.

“Being completely real with you, I will look at all options along with Fury’s representatives as to where the maximum revenue can be received for that fight, so you can blame me if you want. But we will present that to the fighters.

“If AJ and Tyson Fury are happy to take less money to do that fight in the UK, because let’s make one thing clear, it will be less money and quite a significant amount less.

When will Fury vs Joshua take place?

“If all of a sudden a country that was gonna make a huge offer isn’t ready for an event like that, then that might give it more chance of landing in the UK if there’s crowds.

“We’re looking at the fight between April and June probably, so if there’s gonna be crowds, you’d hope we’d be back to full capacity by then. Certainly, with a vaccine.”