Fury vs Joshua outside UK ‘a farce’ – McGuigan

Shane McGuigan says it would be “a farce” if a blockbusting showdown between Tyson Fury and Anthony Joshua takes place outside the UK.

The British superstars currently hold all the major world heavyweight championships – Fury the WBC, Ring magazine and lineal titles and Joshua the IBF, WBA and WBO belts. And they recently ‘agreed in principle’ the financial structure for a two-fight deal – likely to start in 2021.

But despite the fact it would be the biggest fight in British boxing history, much of the noise coming from promoters suggests there are a number of overseas territories – notably Saudi Arabia, which staged Joshua’s rematch win over Andy Ruiz Jr last December – keen to hold the mega event. Respected trainer McGuigan though believes that would be a bad thing.

He told Boxing Social: “If it isn’t (in the UK) it’s a farce, why would you take it to Dubai or something like that? It just doesn’t make any sense. It’s the first time that you’ve got two heavyweight champions from the UK. You should let them box in the UK. The whole point about boxing is that it’s in the best position it’s been in for UK boxers in generations. It’s in a fantastic position – we hold most of the power. 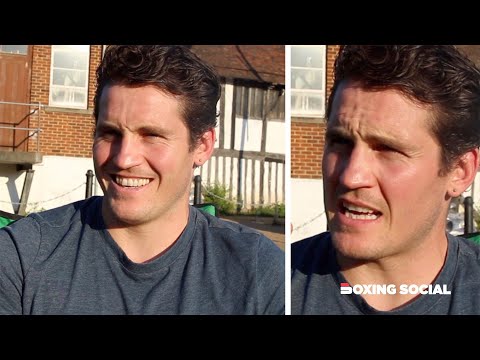 In the last 12 months Fury has gradually shortened to favouritism for the fight with the bookmakers – especially since Joshua suffered that shock defeat by Andy Ruiz Jr at Madison Square Garden last June. But respected trainer McGuigan believes it’s an incredibly tough fight to call and nobody should be writing off Joshua just yet.

“There’s pros and cons to both guys,” he said. “Fury looks like he’s punching harder recently but he’s a really good mover, he gets success from that, being the bigger guy. But Anthony Joshua is a combination puncher and that’s something that Deontay Wilder isn’t.

“Deontay Wilder is a big single-shot puncher and you’ve got somebody like Fury who is good at evading those singles, whereas you see him get put under pressure – even by Otto Wallin when he put those combinations together – yeah he’s got head good movement and stuff but he is still getting hit and still getting pressurised and sitting on the ropes too long and stuff like that.

“I just think it’s going to be a very entertaining fight. I don’t think because of Fury’s last fight (the rematch demolition of Deontay Wilder in Las Vegas in February) you can just say ‘oh, it’s a write-off, AJ’s not gonna win this one’.

“You’ve gotta look at the statistics, and gotta look at who AJ’s boxed, he’s been beating some good guys and he’s been finishing them in fashion. Yeah he came unstuck against Andy Ruiz, but he got hit with a brilliant shot, it wasn’t his best night, and he came back and rebuilt.

“I think there’s an argument for both guys, I don’t think it’s 80 percent the bookies should be favouring one person, I think it’s still a 50-50 fight, and anything can happen until then.