Allegiant Stadium in Las Vegas is the favourite to stage Tyson Fury vs Deontay Wilder 3 on Saturday December 19, according to Fury’s co-promoter Bob Arum.

The 88-year-old Hall Of Famer, whose Top Rank promotes Fury along with Frank Warren’s Queensberry Promotions – is hoping COVID-19 restrictions will be lifted enough to allow 20-25,000 spectators to watch the fight in the brand new $1.84billion home of the National Football League (NFL) Las Vegas Raiders.

Macau remains in the mix meanwhile, but Arum appears unsure the necessary clearances from the Government would be possible in time for the bout to take place there. If they did, the fight take place on December 20 local time, meaning December 19 in the United States.

When asked about the December 19 date, Arum told IFL TV: “That is accurate. Together with PBC (Al Haymon’s Premier Boxing Champions, which promotes Wilder) we checked our distributors – Fox (PBC) and ESPN (Top Rank) – and both companies said that was a marvellous date, no college football games, nothing to interfere. Smooth sailing, and now we’re hoping against hope we can do that fight in Allegiant Stadium here in Las Vegas – which is where the Las Vegas Raiders football team plays. 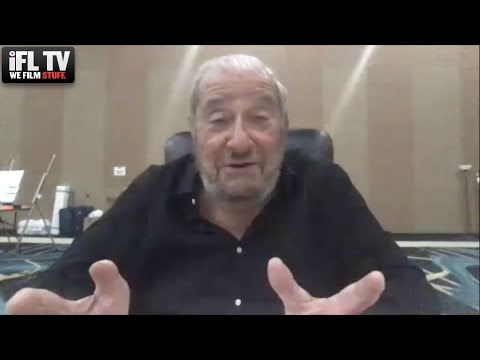 Arum explained that Vegas is not the only option with promoters needing multiple options to successfully navigate these uncertain times, explaining: “We are looking at Macau because they were very interested, the question is whether the necessary procedures will be in effect in Macau before they will allow a stadium full of spectators. We just don’t know if we’ll be able to get the all-clear for Macau in December.

“But again, so many of these things are out of my hands, they are not normal things that boxing promoters have been used to. If Macau steps up to the plate, if they get the necessary clearances from the Government, then Macau – we do the fight on the 20th in Macau which is the equivalent of the 19th in the United States.”

Fury and Wilder have met twice so far – the first time a controversial draw in Los Angeles in December 2018 followed by Fury’s dominant seventh-round TKO of ‘The Bronze Bomber’ in the Las Vegas rematch in February 2020.

Arum meanwhile had news on the planned lightweight unification fight between Vasyl Lomachenko and Teofimo Lopez, saying Allegiant Stadium – which had been mentioned as a possible venue – is unlikely to stage the bout.

He said: “I really think we would look to stage it in a smaller facility and set it up for maybe 2,000 special fans who we will give a meal to, drinks and everything and get some people in there. We’ve picked October – October 3rd – for that date because we hope the Governor (of Nevada) at that point will allow these limited number spectator events to take place in Nevada. We’re staying in Vegas because our bubble is here and even if spectators will be allowed, we want to keep the fighters in the bubble.”

If for any reason Fury vs Wilder cannot go ahead, Eddie Hearn – who promotes both Anthony Joshua and Dillian Whyte – has said he will push the WBC to allow its mandatory contender Whyte to challenge Fury. Whyte has been mandatory for more than 1000 days and is due to get a title shot before the end of February 2021.