Skip to content
Fury vs Joshua News Fury is the guy, Dubois the future – Gerry Cooney

Fury is the guy, Dubois the future – Gerry Cooney

Tyson Fury is “the guy” in a booming heavyweight division but Daniel Dubois could be the future, according to former world title contender Gerry Cooney.

Cooney was the biggest thing in boxing back in late 1981 when he blasted out Ken Norton at Madison Square Garden to improve his perfect professional record to 25-0. That led to a blockbusting showdown with heavyweight champion Larry Holmes in June 1982, but Cooney would suffer his first defeat at the hands of ‘The Easton Assassin’, via a 13th-round TKO at Caesars Palace in Las Vegas.

Cooney had his problems outside the ring after that big night, notably his battle with alcohol. But he has been sober for 32 years now and is loving the fact the heavyweight division appears to be in rude health once again.

He joined WBC president Mauricio Sulaiman to talk about his past, present and future – and to give his verdict on the top big men around today.

He said: It’s unbelievable for me to think about Tyson Fury, how you cannot get inside to his body. He’s got seven-foot arms – you get inside you bang the body, like we did in the old days and then his hands drop and you turn it over. But I gotta say, he’s the guy, he figured out Wilder, walked Wilder down, knocked him out.

“(Anthony) Joshua’s got clipped on the chin, he’s been struggling a bit. He’s coming back, I don’t think he’s ready yet. I think (Daniel) Dubois is one of the guys to be reckoned with. Who else we got out there? We got Dillian Whyte, another top guy who has been waiting in the wings.

“I feel a little frustrated for him (Whyte) because he’s kinda got screwed around in some ways not getting those fights he had. There are a lot of great fights out there. A year ago, two years ago, you couldn’t name these guys. Now they’re becoming household names.” 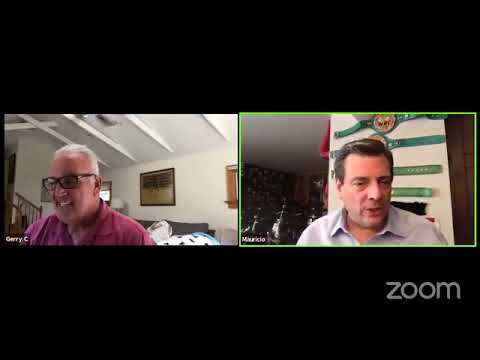 Andy Ruiz Jr appeared to be a bright new hope for American heavyweight boxing when he stunned Joshua in Madison Square Garden last June to take the IBF, WBA and WBO belts. But the Californian looked horribly out of condition in the rematch in Saudi Arabia in December, and lost the titles via unanimous decision.

“Andy Ruiz has gotta come back and he’s gotta prove himself again,” said Cooney. “I feel bad he put on all that weight and slopped himself around the ring, such a great talent. He should be another guy that should get the title again at some point.”