Eddie Hearn says a fight for the undisputed heavyweight championship of the world is boxing’s Holy Grail as it looks to come out of the COVID-19 crisis a stronger sport.

Tyson Fury defends his WBC and Ring magazine belts against Deontay Wilder in their third fight later this year – currently scheduled for October. Meanwhile IBF, WBA and WBO king Anthony Joshua is due to defend against Bulgarian challenger Kubrat Pulev.

And the mouthwatering prospect of all-British showdown between Fury and Joshua or a blockbuster between Wilder and Joshua is at the forefront of Hearn’s mind as he looks towards late 2020 and early 2021.

The Matchroom Boxing supremo, speaking to DAZN’s Ak & Barak show, said of a potential Fury vs Joshua fight in the autumn: “We’d love to do that and we’d do that in a heartbeat. It’s really down to PBC and Bob Arum. If Wilder wants to step aside, we’re all in for that fight.”

However Hearn doesn’t believe Wilder stepping aside is a realistic possibility, and instead thinks the heavyweight division’s big guns will have to wait just a little longer before getting the opportunity to unify the titles.

“Let Fury go through him (Wilder) again and we’ll fight the winner, you’re gonna see that fight. If AJ beats Pulev – which I believe he will – whoever wins that fight, you are going to see the undisputed fight.”

Hearn believes that while Fury could end up walking onto a massive shot in his third fight with Wilder – in reality it’s more a question of ‘when’ rather than ‘if’ he prevails.

“You’ve got to fancy Fury very strong in that fight. But for AJ it’s never been about Wilder, it’s never been about Fury – it’s been about the undisputed world heavyweight championship.  The only good thing to come through this for the fans  is what I’ll tell you now – we’re gonna be under pressure to produce great fights to get back to where we need to be, to compete in the global space of sports.

“If we can produce the undisputed heavyweight world championship fight our sport is gonna rocket to the front of the priority list for broadcasters, and that’s what we want.”

While Fury vs Joshua might be the dream for British fans, Hearn isn’t completely sleeping on a Wilder vs Joshua showdown.

“It just becomes so, so big. When we talk about what’s left for Deontay Wilder. Anthony Joshua has unified the heavyweight division twice, he’s has lost his belt and he’s come back again. It just becomes so, so big that fight. I always felt Wilder against Joshua was a bigger fight than Fury against Johua – I’m not sure that’s still the case. But certainly if Wilder beat Fury – my God, Wilder against Joshua is just huge. 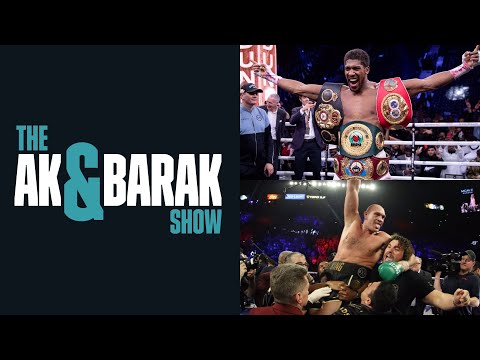 “But it doesn’t matter who it is, it’s just got to happen. I really feel like if you don’t see it at the end of this year, you’ll see it at the beginning of next year.”

Before mega events can start to happen again though, boxing itself has to become a realistic possibility, and Hearn believes late June or early July is the target date for the sport to come out of the coronavirus crisis.

“I don’t think you’re going to see the AJ/Furys, Canelo/GGGs in July. But these fighters are self-employed, they need to make their money. But they need to be safe. We’ve got to reach that point where everything is safe and we’re good to go.

“There isn’t one sport in the world right now that isn’t thinking or isn’t planning for the return. But the truth is no-one knows. For me, I think late June or early July is a realistic date where you will start seeing boxing again.”