Anthony Joshua vs Deontay Wilder could still happen in the future according to promoter Eddie Hearn, if the money is right.

The pair were both still world heavyweight champions when in early 2019 they were being lined up for a massive unification match.

But, for whatever reason, the deal never happened despite Wilder reportedly being offered $100million for three fights by DAZN – two of them against AJ.

Both parties have claimed the other did not want the fight, but Hearn is convinced it was Team Wilder who ran scared.

He says a fight between the two is not dead, but it will have to wait until at least 2022. That is because Joshua is lined up for two enormous clashes with Tyson Fury first.

Asked if Joshua vs Wilder might still be on the agenda, Hearn told Sky Sports: “If it’s the right fight for AJ, not stylistically, but if it’s the right commercial fight.

“Listen, Deontay Wilder knows he turned down the deal of a lifetime to fight Anthony Joshua, but he made his bed and respect to him. I want to see him back in the ring.

“All we’re focusing on is the Tyson Fury fight, and anything else happens in 2022, because those two fights will be our plan for 2021.” 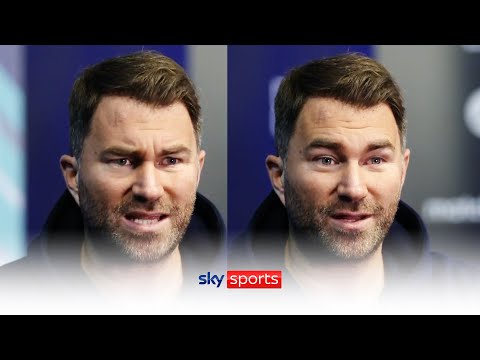 With Fury and Joshua otherwise engaged, Wilder must look elsewhere for opponents as he looks to return to the ring. He has not been seen out since that devastating first professional defeat at the hands of Fury last February.

Another Matchroom inmate in Dillian Whyte has been touted as a potential Wilder foe, and that’s something Hearn would be interested in – assuming Dillian first wins his rematch with Alexander Povekin on March 6.

“For me, I would like to see Dillian Whyte fight Deontay Wilder, but he has to deal with Povetkin,” Hearn explained.

“Focus on the now, focus on the reality, and Deontay Wilder, I’m sure he’ll be in big fights but for us, we know our plans for 2021.”

It is expected Fury vs Joshus (the first instalment at least) will take place in June, likely in the Middle East. The chances of the bout taking place in the UK are non-existent due to ongoing COVID-19 restrictions.

Both men are expected to earn in the region of $100million each for the first fight alone, per Fury’s co-promoter Bob Arum.